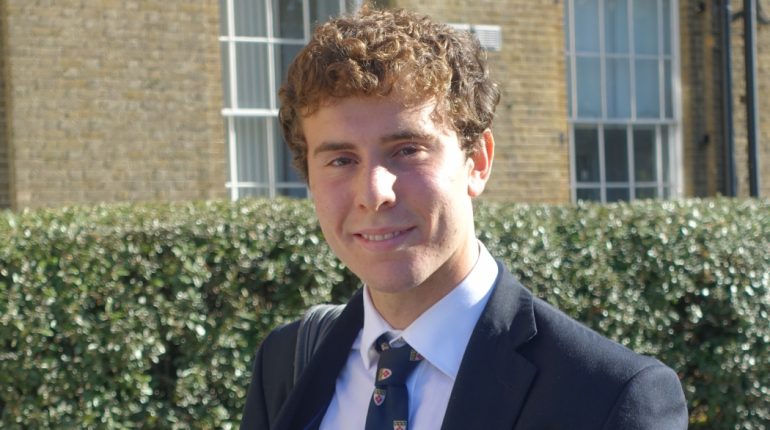 Last term we reported on the Tennis successes of Alex Z (Atkinson) and his quest to gain a Tennis Scholarship in the American College Tennis system to play Division One Tennis.

Alex has continued to compete and improve his ranking and over the last four months he has been playing in an event called the ‘Superseries’ which is a Regional Men’s Singles set of tournaments attracting quality players, some of whom are professional coaches and current US College tennis players.

Last weekend Alex won the final of this event beating a College tennis player and a professional coach from Milton Keynes who has a world ranking. Both these final matches were played on the same day over a period of a gruelling five and a half hours on court, with Alex eventually winning the final 7-6, 3-6, 6-3. The below video will give you an idea of the level and intensity these players were competing at, and showcases Alex at the top of his game.

Alex has now played four of these events, winning two and reaching the semi-finals in the other two which means that he is now in the Top 100 Men’s list nationally, an outstanding achievement for a Millhillian.

Alex continues to balance his Tennis and studies as he works towards his forthcoming A Levels and we wish him once again all the best both on and off the court as he prepares for life beyond Mill Hill.