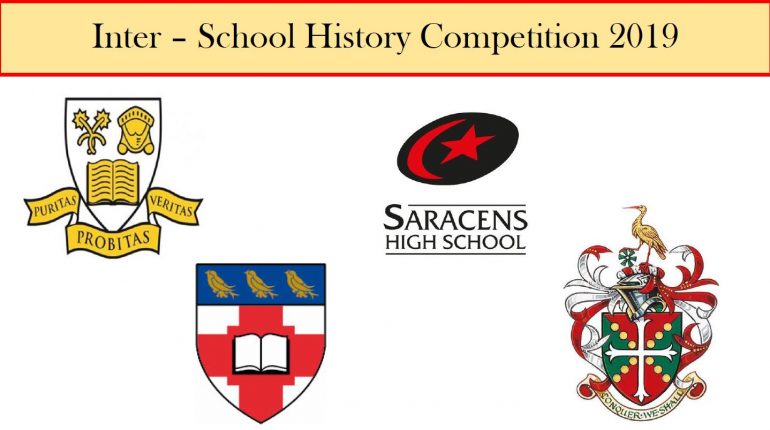 On Monday afternoon eight Belmont pupils took part in our annual Inter-school History Competition. This year we were joined by three local schools, Arnold House, Keble and Saracens High School. Each school had two teams of four made up of a mixture of Year 6, 7 and 8 pupils.  Each round had a different theme, and hence pupils answered questions on British monarchs, wars and battles, had to ‘Name that face and ‘Find the link’. It was a close fought contest but in the end victory went to Arnold House, with Belmont coming in a very close second and third place. A big thank you to all the pupils that competed: From Year 8 Max 8JI, Ruth 8RG, William 8CM and Felix 8CM, and from Year 7 Edward 7AW, Maya 7JF, Louis 7AW and Conrad 7OM.