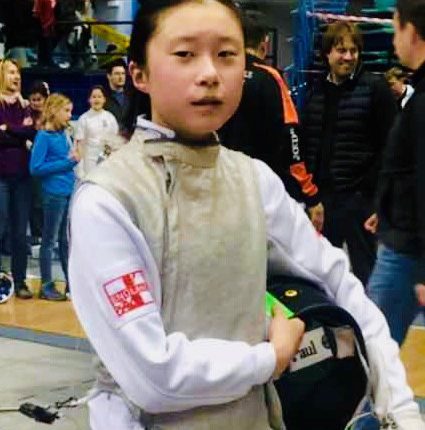 In Jing’s age group U15, British Fencing selected the top 12 fencers and Jing was 8th in the rankings. She won 3 fights and lost 2 in her pool which placed her first in her pool overall. Her DE was quite tough, Jing lost one point, 14:15, there were a total of 139 fencers in her age group and Jing came 69th at the end. We wish Jing continued success in future competitions and look forward to reporting more success within the world of competitive fencing.