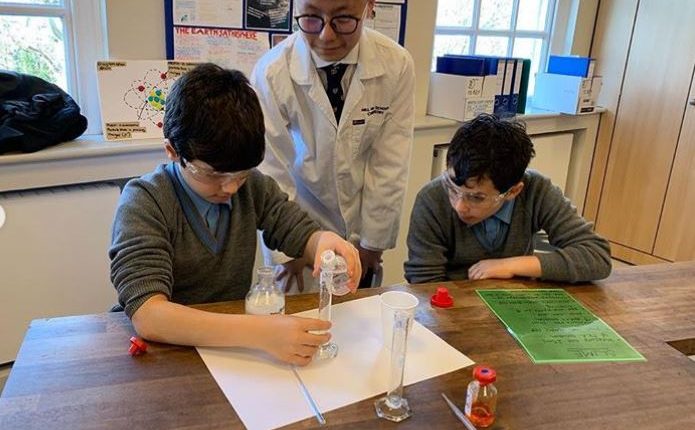 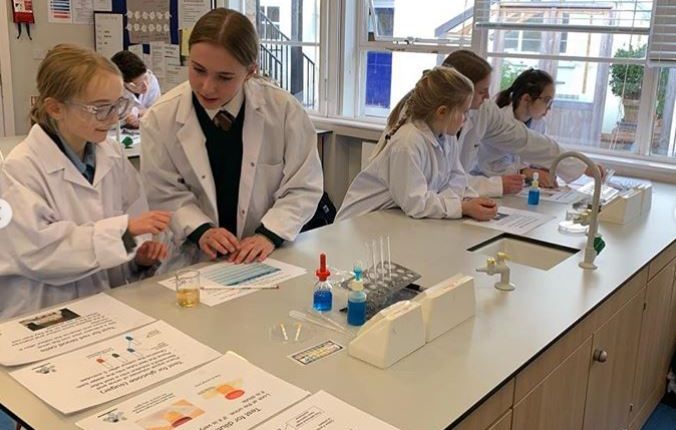 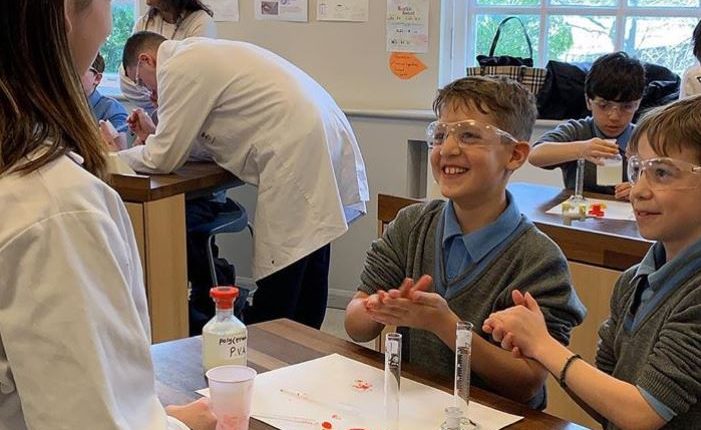 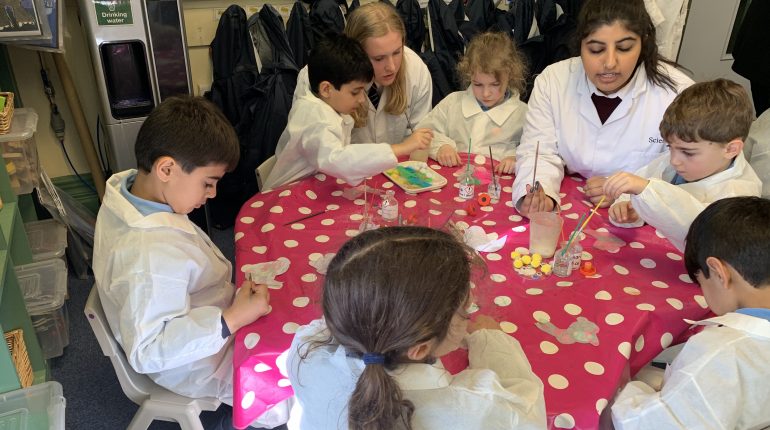 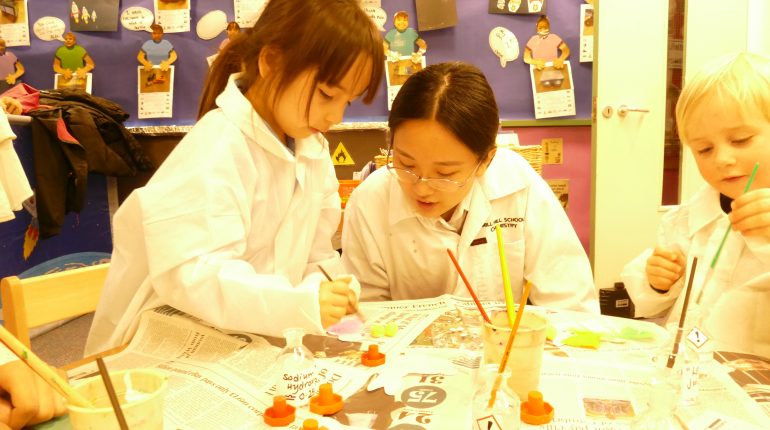 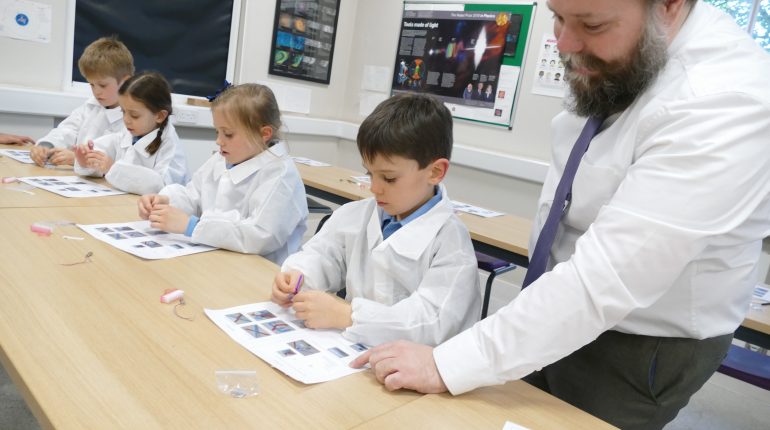 In true Mill Hill fashion, Science Week, 2019 was a great success. A number of Lower Sixth and a Fifth Form Science pupils enjoyed working with younger pupils from Grimsdell, Belmont and St Pauls School. Together they engaged in a variety of Science-based Activities and the older Mill Hill pupils were heavily involved in both teaching and supervising the younger pupils.

Year 5 pupils from both St Paul’s and Belmont School visited Mill Hill and were guided through a carousel of activities relating to astronauts. In Physics they tested different rocket ‘fuels’ and angles to find the best combination for the furthest propulsion, in Chemistry they enjoyed monster toothpaste and hydrogen balloon demonstrations before making their own slime. In Biology they tested astronaut urine to rule of a variety of diseases to decide who were healthy enough to go into space, and also determined how the DNA of space aliens was different to that of humans.

Year 2 pupils from Grimsdell visited Mill Hill School Physics department.  Under the watchful eye of Mr Watterson, each pupil was provided with a circuit diagram and a set of instructions for assembling a mini robot. Once the battery, electric motor, legs and body were all connected our visitors watched their robots dance around on their desks and raced them on our track.

At Grimsdell, Mill Hill School pupils taught Reception and Y1 classes about acids, alkalis, and how indicators undergo colour changes. As well as this, they then helped the young pupils decorate Easter chicks and bunnies using these scientific concepts.  The Nursery classes enjoyed a visit by the head of Biology; pupils were guided to observe and make decisions based upon their observations to determine Dr Damberg’s former medical subspecialty and enjoyed a book about animal habitats.

In Physics, Mr Watterson made a particle detector using dry ice and an alcohol vapour. As the vapour falls, it cools rapidly due to the dry ice and the air becomes ‘supersaturated’: the propanol really wants to condense, but there is nothing for it to condense onto. Charged particles passing through the chamber cause the propanol molecules to gain an electric polarisation, and be drawn towards those particles, and one-another. This provides the stimulus for them to condense into tiny liquid droplets in the chamber which show up as white streaks of cloud along the path of the particles.

The Medics Society joined Old Millhillians for a visit to their annual Medical Professions meeting in central London. Pupils enjoyed lectures on current approaches to all the different levels of medical education in the 21st century as well as engaging lectures on Genitourinary Trauma and Reconstruction techniques and the role of Artificial Intelligence in Clinical Decision Making. The evening was an exciting introduction to their future careers and an excellent opportunity to connect with Old Millhillians in all stages in their medical careers.

We celebrated our Upper Sixth Scientists with a group photo in front of the Crick Building. It’s become quite a tradition to take a snapshot in time and has been exciting to see the Science cohort grow over the past few years.

It was an enjoyable week and we are looking forward to seeing similar interactions between Grimsdell, Belmont, Mill Hill and St Paul’s pupils during Science Week next year.