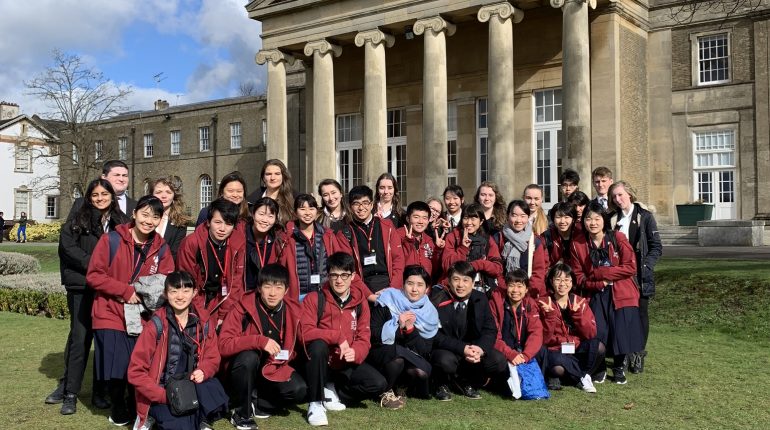 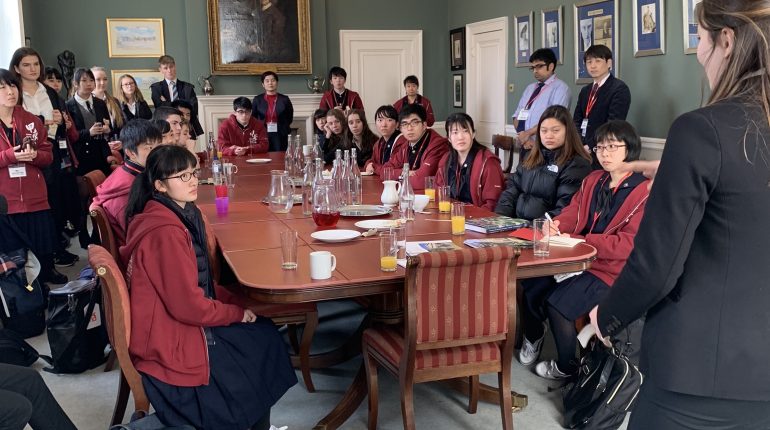 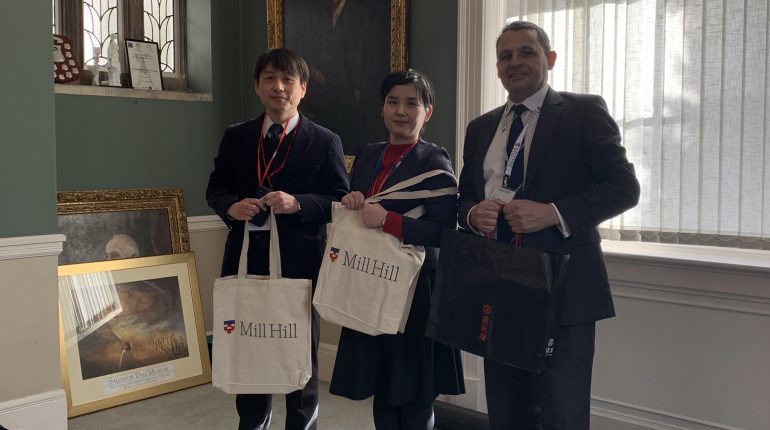 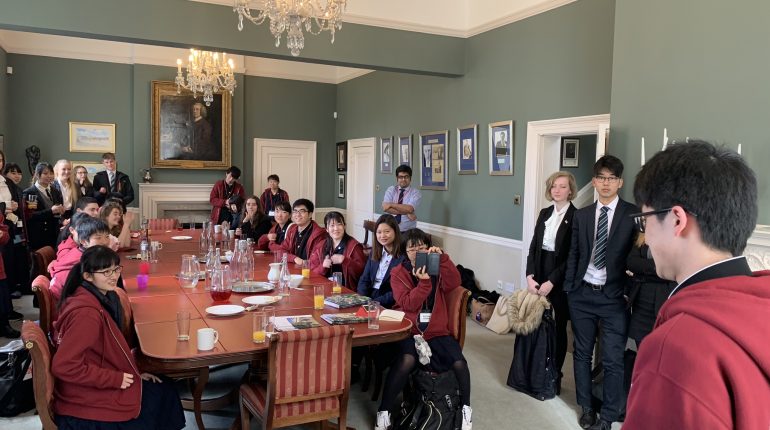 We were delighted to welcome a group of 15 Year 12 pupils from Kagoshima Prefecture in Southern Japan; their fourth consecutive visit to Mill Hill School and Mill Hill International. Accompanied by two of their teachers, the pupils once again performed a hearty rendition of their school song in Chapel and were given a warm welcome by the Chaplain, pupils and staff.

Each visiting pupil was paired up with a Mill Hill buddy for the morning and were interested to gain an insight into life in a UK school from inside the classroom. They certainly seemed to enjoy their Mill Hill cookies at break, and were fascinated to listen to a dual language presentation by Katie-Sai Ellis who gave an insight into what makes Mill Hill special for her, and how she is enriched by her own Japanese and British heritage.

The group then set off for a short walk down the hill to Mill Hill International, for a tour, presentations to our pupils and lunch prior to departure.

It was clear that Mill hill pupils were as eager as our visitors to make new connections with Japanese boys and girls of their age, and there will no doubt be continued dialogue through social media. We value our sense of the global community which is in evidence through both our boarding community, our diverse day pupil body and special relationships such as this which we look forward to nurturing. One intriguing link which Kagoshima School brought to our attention is the fact that an Old Millhillian, Ernest Satow, is much admired in Japan for his work as a diplomat from the middle of the 19th century to the early 20th century, particularly in Kagoshima. His book, A Diplomat in Japan (1862 to 1869), describes the years in which Japan was changing from control by the Tokugawa Shogunate to the restoration of Imperial rule.

Having arrived in Japan at the age of 19 in the British Japan Consular service, soon afterwards meeting his Japanese wife-to-be, he quickly mastered the Japanese language and during his career rose through the diplomatic ranks in Japan, China and Thailand amongst other countries. In this year, which marks the centenary of Satow’s death, how wonderful to hear our visitors from Japan telling us in what high regard they still hold this eminent Old Millhillian; a shining example in fostering cross-cultural relations and exploring other worlds.

Through to the Finals