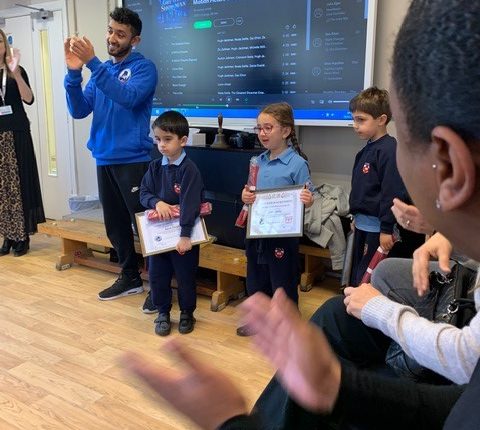 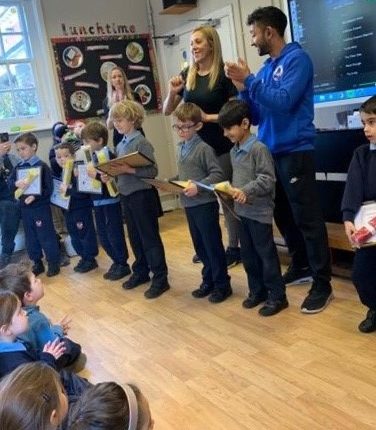 Some of the children that attend the after school karate club were thrilled to receive their karate belt during last Friday’s assembly. Some children received yellow belts while others moved on to red belts. Sensei Kieran explained some of the technicalities involved in each block of punches and kicks and what the children needed to master in order to achieve their belts. We ended the presentation with a wonderful demonstration by the Karate pupils who gave us a small snippet of the 8th KYU (yellow) 9th KYU block (red) move.