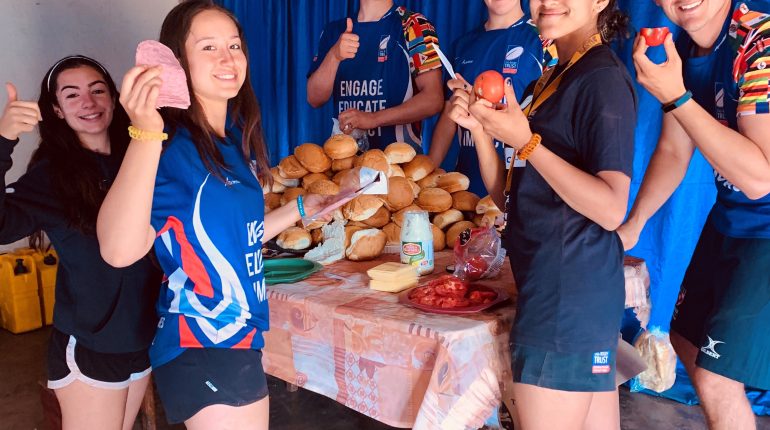 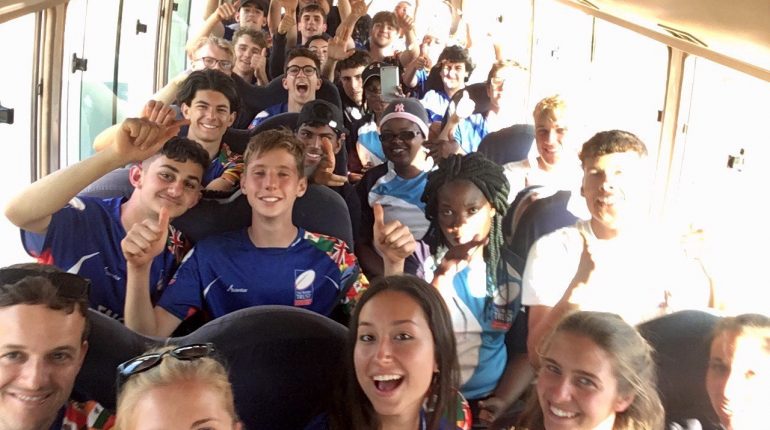 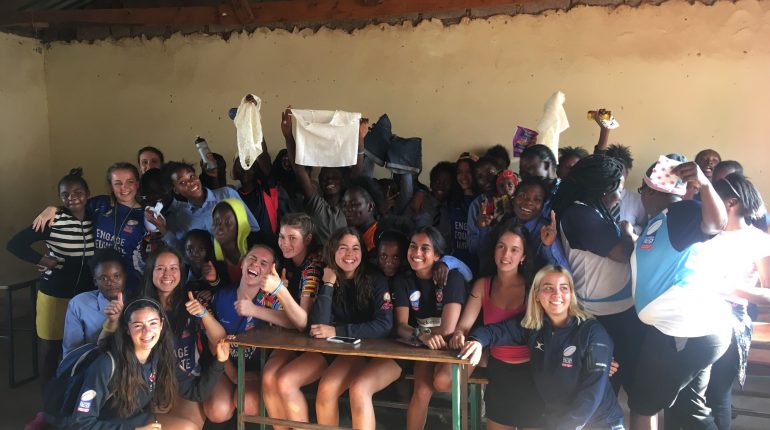 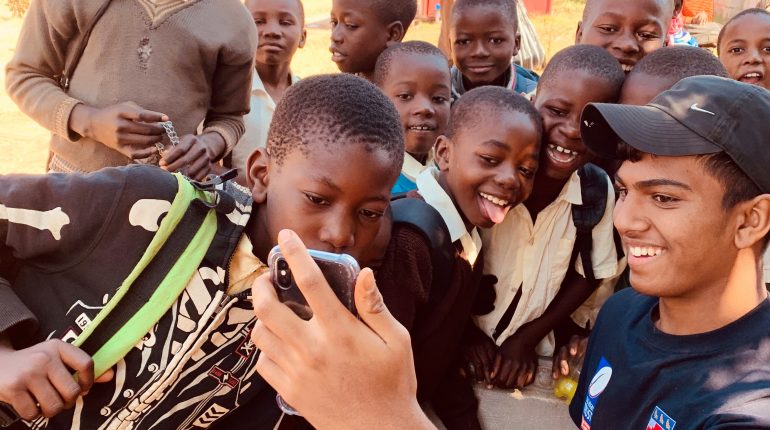 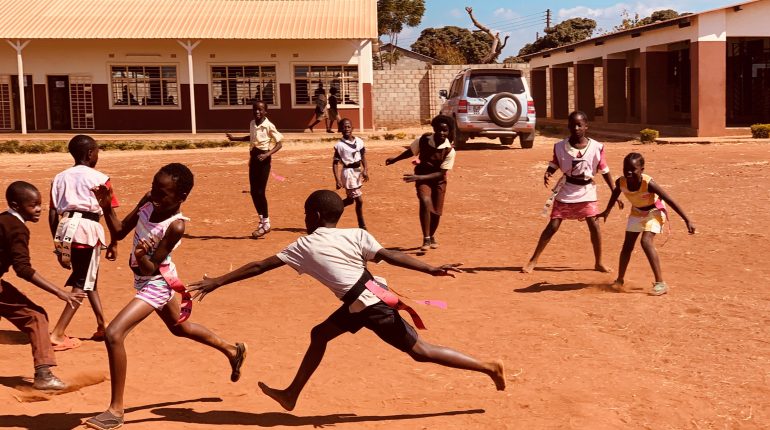 After a nice early wake-up call from Mr Turner at 6:15am we travelled to the village and began setting up the pitches for training. Once we did this we continued with the normal session but had to pick and begin finalising the 10 people (5 boys and 5 girls) for the tournament on Saturday which was very difficult since they all gave their best efforts.

After Lunch we split up into our community groups with some of us painting classrooms and others planting crops. The rest went to coach our final contact rugby session and started with Fiji touch which involved the young leaders and keen rugby players (locals), we split into 3 groups and practised moves and taught them how Mill Hill play rugby, gave them some structure to their format and shared tactical techniques. The girls in Group B led a Women’s Empowerment session with 35 young women living in the Linda Compound, sharing their experiences as women. This was a fantastic opportunity to promote discussion within the community.

On the fairly short journey back to Eureka Camp even though we were all tired after a long day of hard work we summoned the energy to sing some songs such as Country Roads, Wonderwall and Bohemian Rhapsody. After this we began to set out and organise all the kit for the tournament on Saturday. Later in the evening we set up a camp fire and played games such as ‘Wizz, boing and bounce’ which started of terribly but almost everyone got the hang of it. After the games we began singing more songs late into the evening.