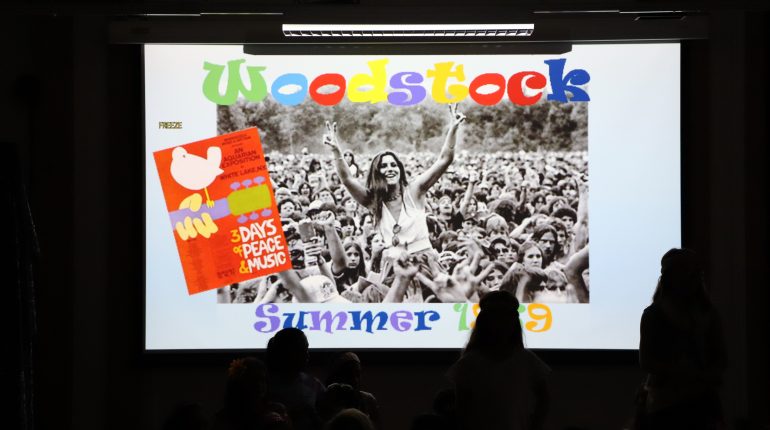 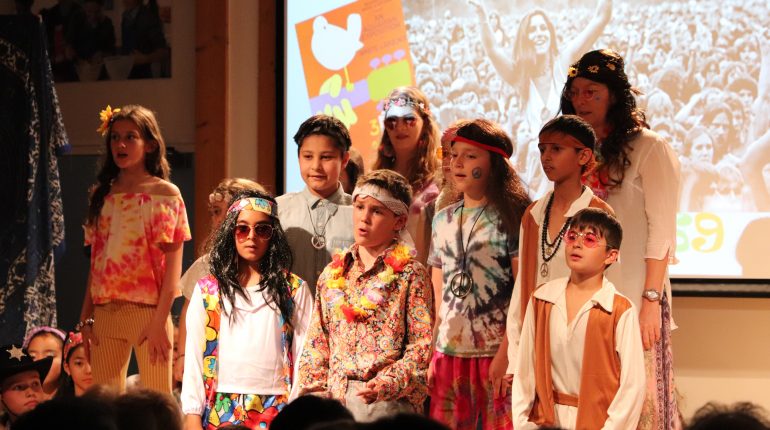 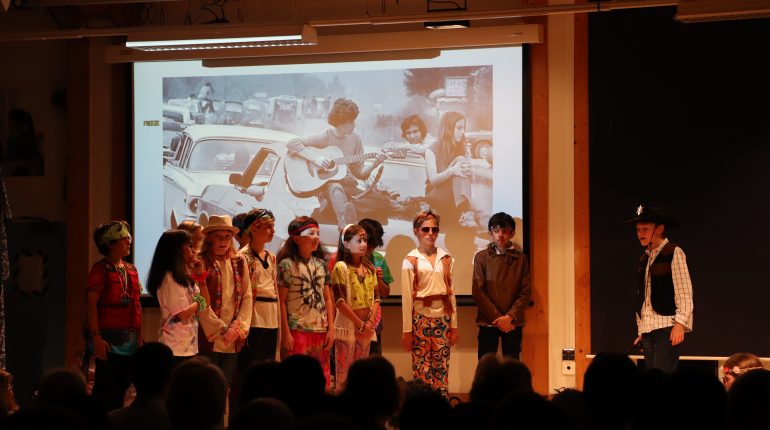 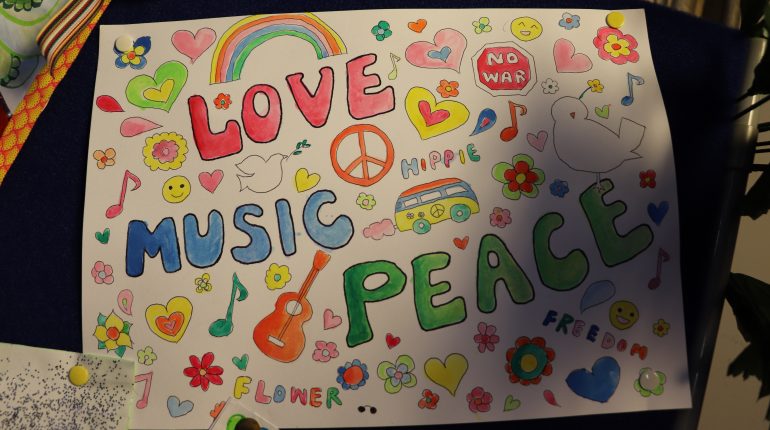 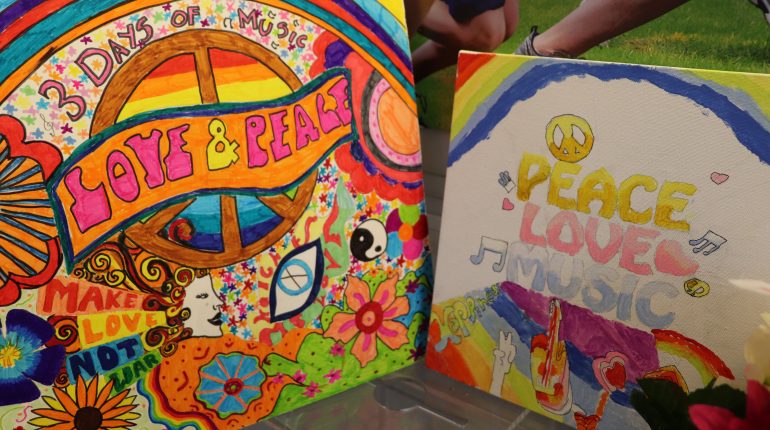 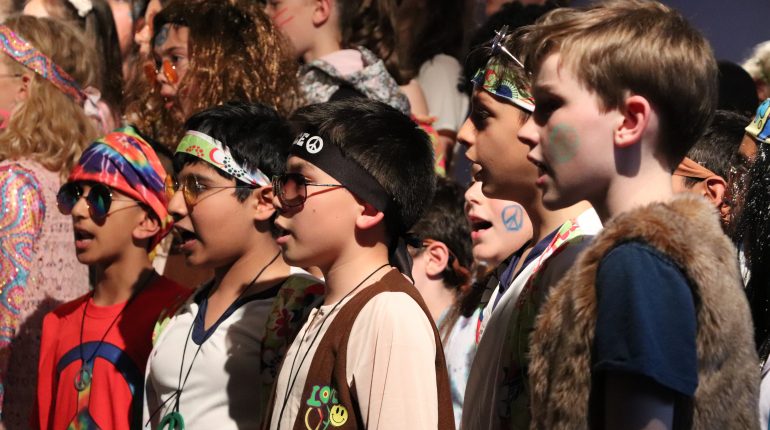 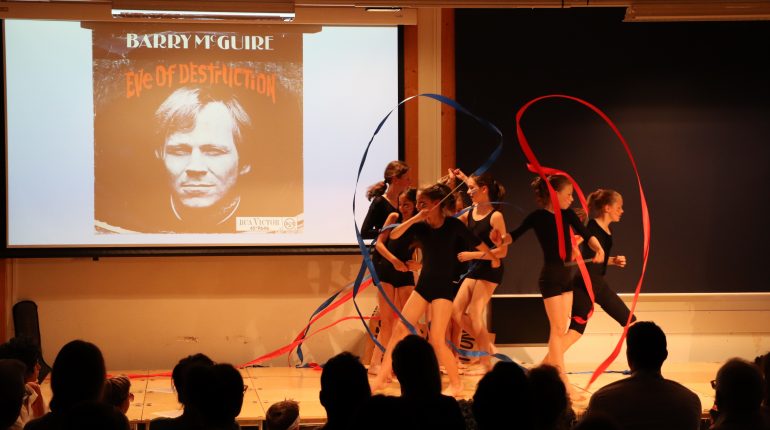 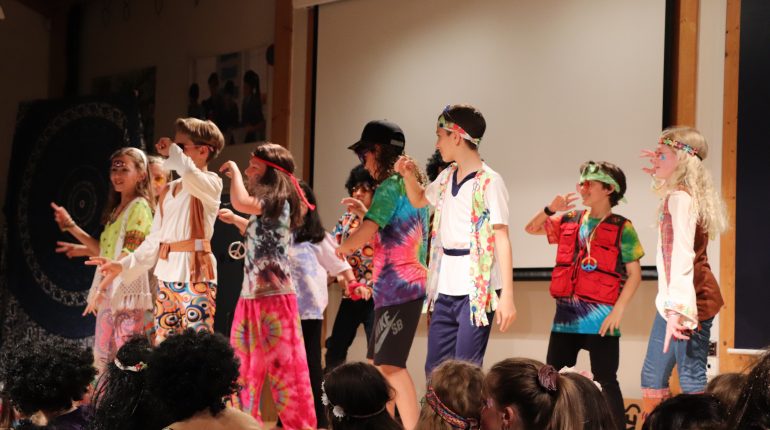 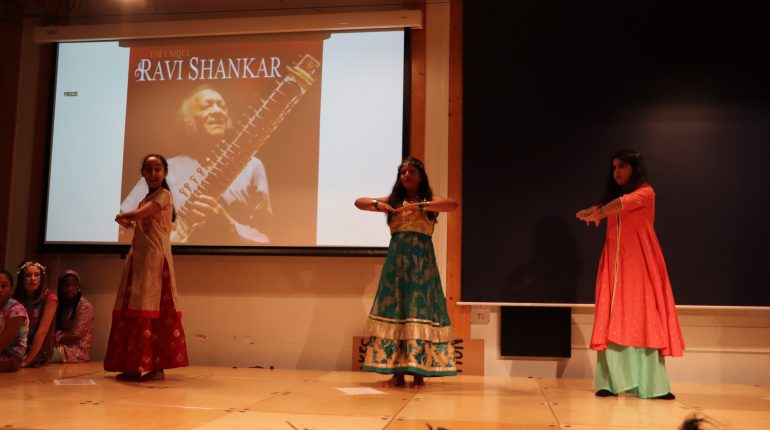 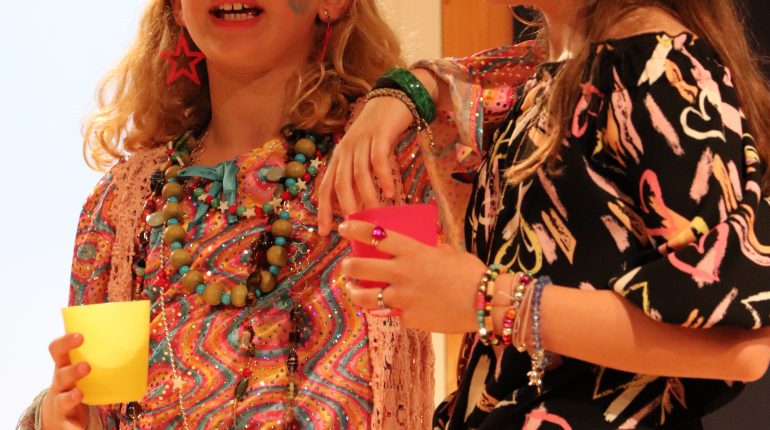 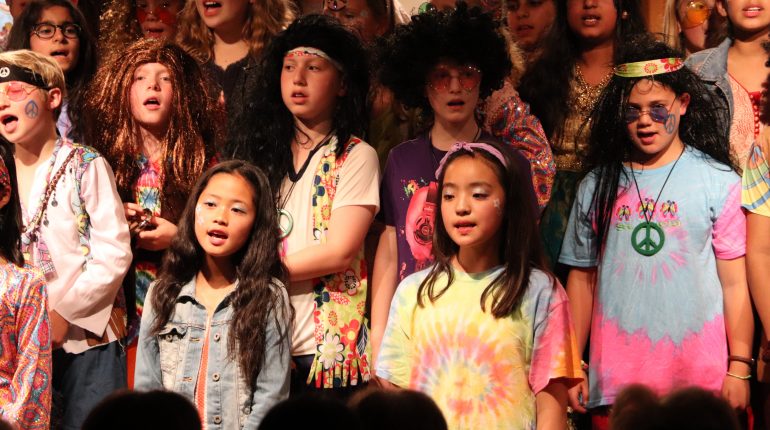 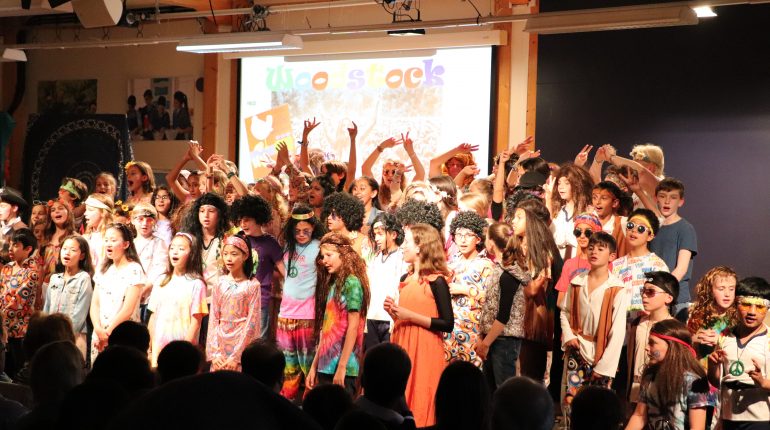 On Wednesday evening Year 6 took us back in time to the summer of 1969 to celebrate the 50th anniversary of Woodstock. It was a vibrant and colourful spectacle of music, dancing and drama. It was magical, joyful, comical, touching and united everyone into a spirit of peace and harmony.

Our Year 6 Show is always put together during Activities Week. The pupils prepare a variety evening of entertainment on a theme which will culturally enrich the pupils. This time Year 6 pupils learnt not only about the greatest music festival that ever took place but also the backdrop to the era: the darkening shadow of the Vietnam War; the race to the moon and of course the hippie movement of the late sixties.

Every pupil shone one the night and delivered a wonderful performance. From the comedy of our hippie ‘Hair’ dance to the beautiful storytelling of our Eve of Destruction dance, it was uplifting entertainment. We even had Parul choreograph a classical Indian dance to the music of Ravi Shankar who played at Woodstock. A definite highlight was to see the whole year group joined together in voices singing ‘Let the Sun Shine’ with Mr McBurnie on the saxophone to crank up the feel-good factor. The pupils looked like a rainbow and sounded like a choir of happiness.

Lucia Z (6RA) says “I thought the play was amazing, astonishing and spectacular! I loved every bit of it! When the lovely Mrs Russo announced what play we were doing I was thrilled: Woodstock, a brilliant music festival. I was so happy with my lines and really excited but nervous for the actual Year 6 play.  After, I was relieved and proud of my performance. I loved Woodstock – doing the play and learning about different cultures and facts. I am so thankful we did it!”

Lucia T (6RB) says “Our Year 6 play was about Woodstock, a festival in America in 1969. The play was amazing because we dressed up as hippies! In the play I think the best part was when we all sang Age if Aquarius; it was so good they even asked us all to sing it again at the end of the play. If you guys didn’t come you were so unlucky!”

Many great memories made with Year 6 doing our Woodstock production. Thank you!