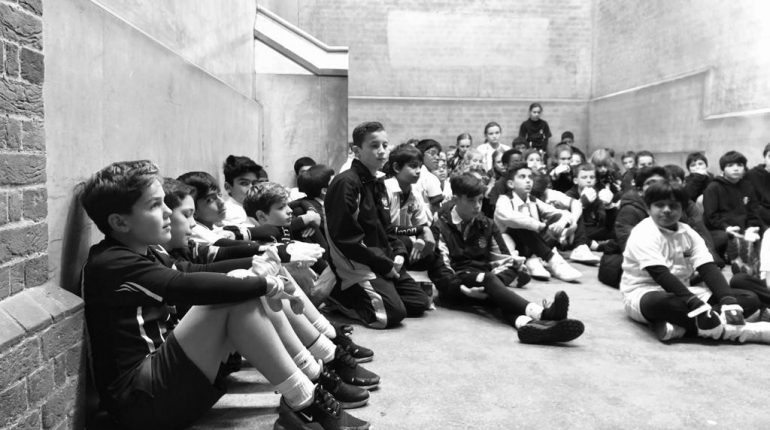 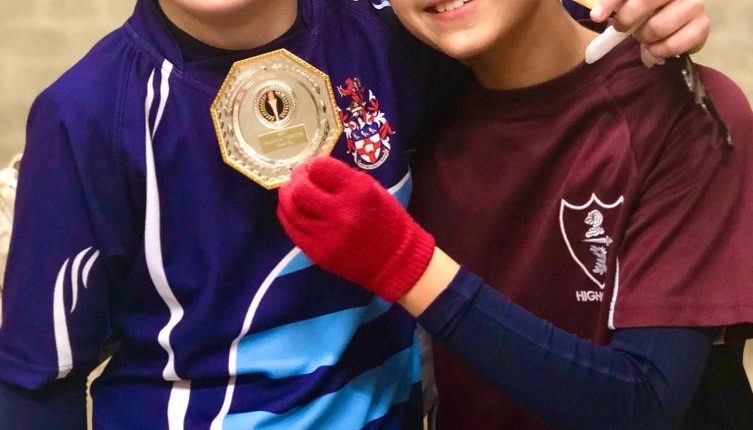 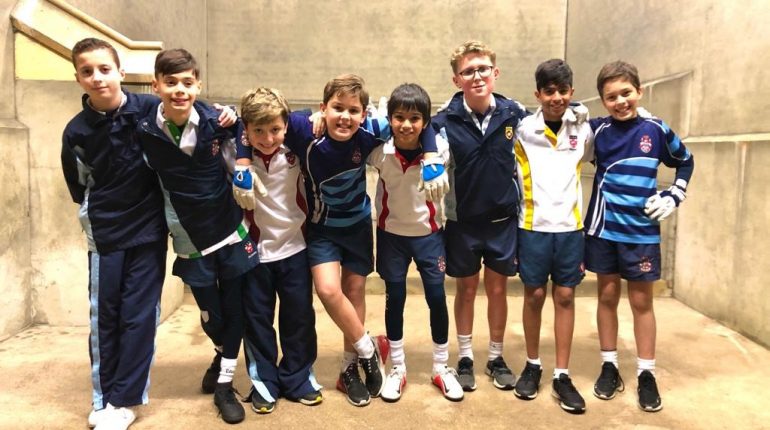 On Sunday, eight players from the U12 Fives team travelled to Eton College for an individual competition which had sixty-three pupils taking part from a wide range of schools. They all played six matches, each with different partners and against different opposition with their points scored in each match going towards their total. With some difficult matches along the way, the attitude of the Belmont boys was particularly impressive. Always positive and encouraging their partner in order to get the most out of them. Particularly impressive improvement came from Ned 7AC and Micah 7WK, both of which only took up the game in September and for Jaik 6RA, currently U11 playing up a year group and competing extremely well. However, the biggest success of the day came from Jake 7FB who won all six of his matches alongside 4 other boys. Four would compete in the final and fortunately, Jake made it through the penalty shootout and progressed into the final four where he then partnered a Highgate pupil in the final which they won in an impressive style 12-3. This is the first time in 8 years that a Belmont pupil has reached and won the final of this tournament.

Congratulations to Jake and the rest of the team!