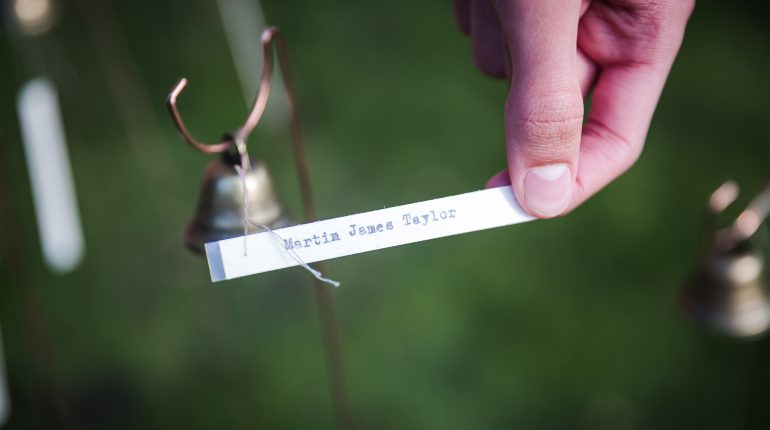 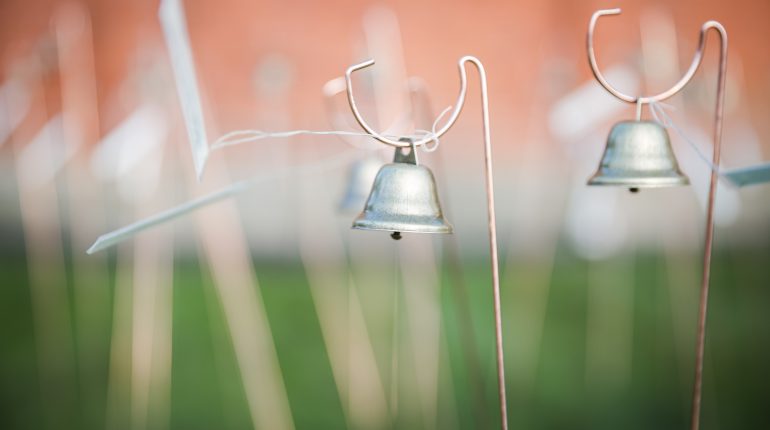 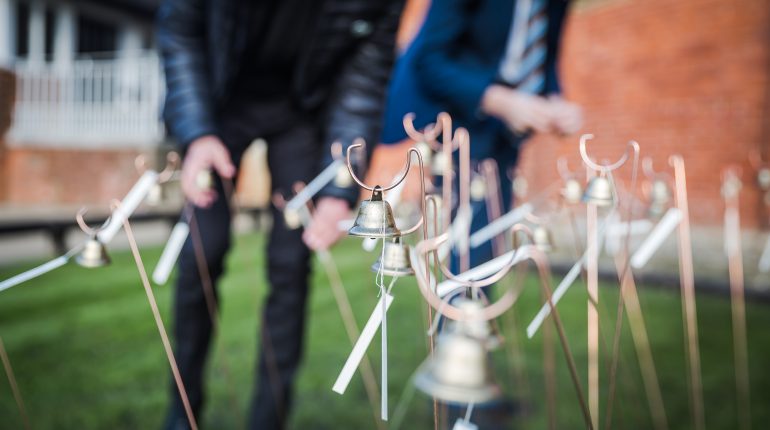 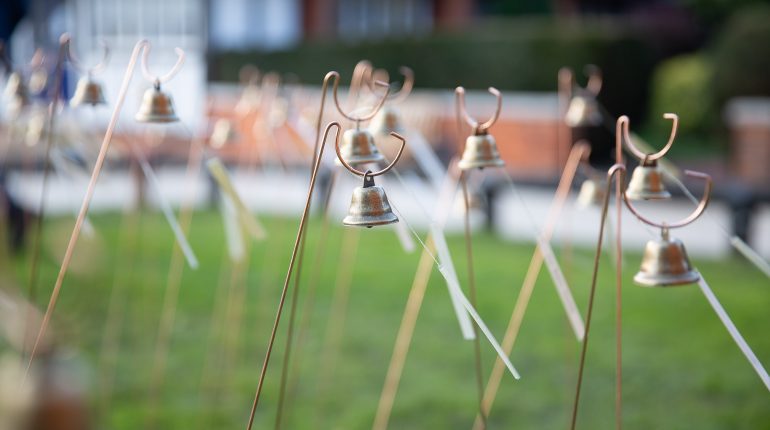 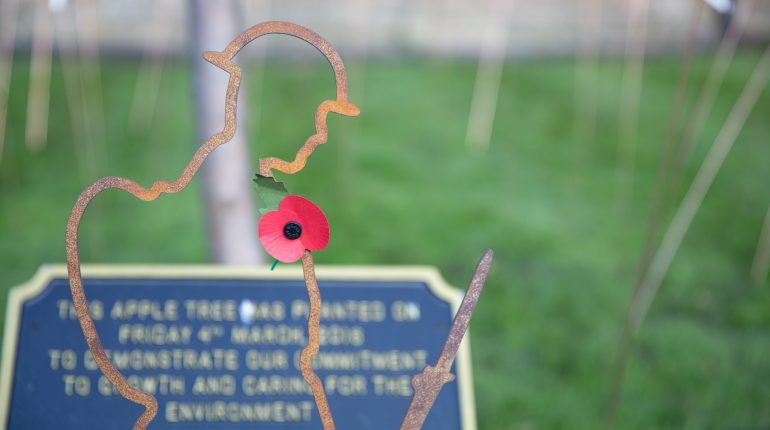 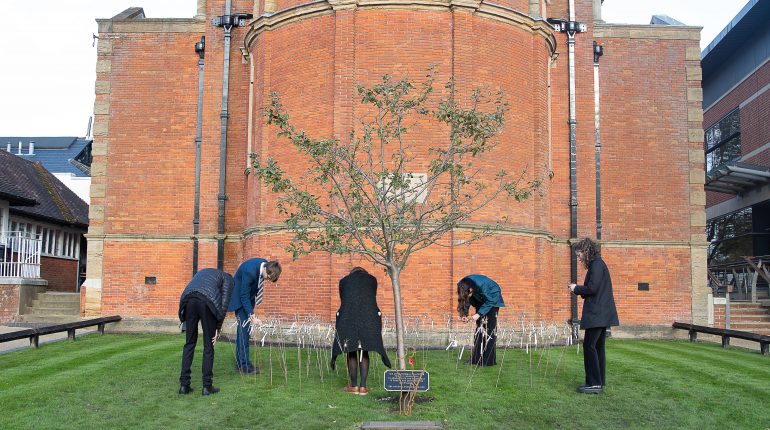 We were inspired by the contemporary artist Christian Boltanski for our Remembrance Service artwork this year; a Frenchman born to Catholic and Jewish parents in the aftermath of the Second World War, and for whom the commemoration of the dead and the possibility of life after death are enduring themes of his work. A Sixth Form representative was chosen from each house to plant the 125 bells on wire stems in the Chapel Garden. They were: Hessam G (Collinson), Luke F (Murray), Nita K (Cedars), Francesca G (Atkinson), May S (New), Elias C E H (Winfield), Lucas T (School), Luis S (McClure), Chris T (St Bees), Danyal A Z (Burton Bank), Zoe B (Priestley), Ollie H (Weymouth) and Agne C (Ridgeway).

Each bell also had a typewritten name tag attached, to commemorate every one of the 124 Millhillians who died in the Second World War and also the Millhillian who was killed in the Falklands War. In front of the whole School gathered on the quad, Fourth Form pupils came forward and presented the bells with solemnity and poise. All we could hear as they were brought up to us was silence and the tinkling of bells, a sound which Boltanski described as the “music of the soul”, thus reminding us of the enduring influence of each human life.