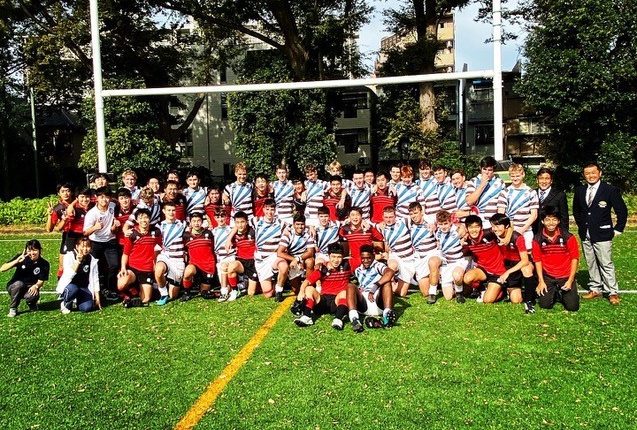 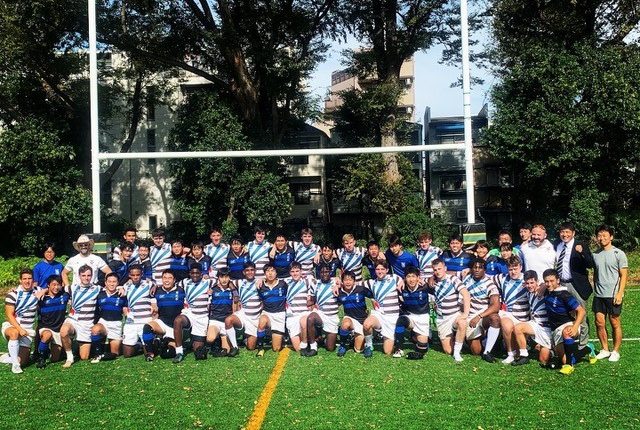 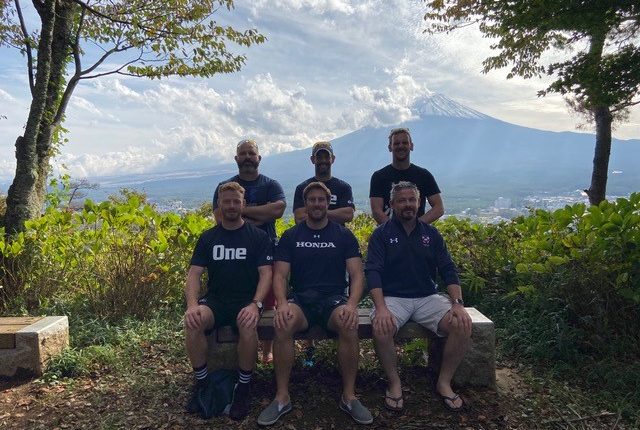 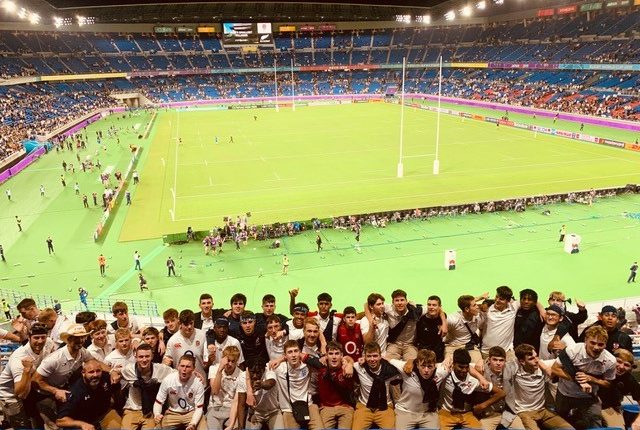 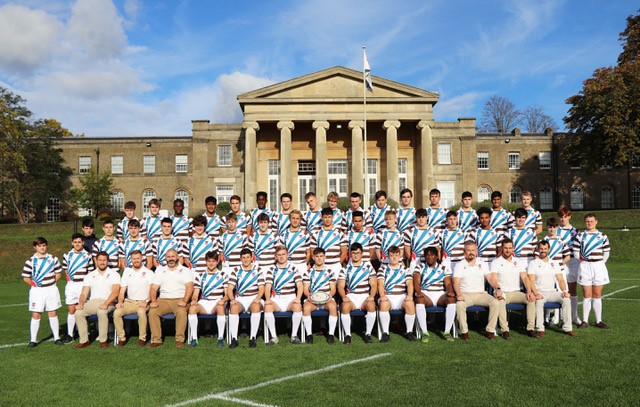 At 4:30am on Saturday the 19th October, forty-three talented young men and six staff set off on a rugby adventure across the world. This adventure would take them to Singapore and Japan where three highly regarded schools were waiting to challenge them in a game called rugby.

Tired and hungry the players disembarked the plane and headed straight for McDonalds with no thoughts of trying the local cuisines. Once re-energised it was time to board the coach and head to our accommodation, the Hotel Royal, from here the day slowly passed by with both the boys and the staff fighting the jetlag and the urge to fall asleep.

The next day saw a trip to the Tiger Tooth Relic museum followed by lunch in a traditional Singapore food market. Those with the patience queued up to try one of Liao Fan’s Michelin Star Hong Kong Soya Sauce Chicken Rice & Noodle while others experimented with the different foods that were on offer. Later that day was the first tour training session at Tanglin Rugby Club. The boys took a while to adjust to the heat and humidity but after an enjoyable warm-up lead by Mr Turner, Mr Townson and Mr Barron, they were underway running through the structure and game plans for the next day’s fixtures.

Arriving at the Anglo Chinese School Independent, the 2nd XV began their match day warm-up lead by Mr Haywood and Mr Turner which put them in good stead for a physical encounter. The game was fast-paced with the opposition spreading the ball from one touchline to the other getting themselves a lead of 21-0. However, we stuck to our game plan and used our strong ball carriers in the shape of Callum and Giorgio which resulted in a well-earned try from Harry. The game finished 21-7, man of the match was given to Wilfie. Next, came the 1st XV’s chance to show what they were capable of and they certainly managed that. The first try was scored by Kahil within the first few minutes after some very effective play. This opened up the flood gates with another eight tries being scored from different members of the team including Henry and Paris. Final score 57-12 with the man of the match given to Alex. The match was followed by a recovery session in the pool led by Mr Haywood and a trip to Marina Bay to experience the famous water and light show.

Our next stop was Japan, the boys boarded the plane and got themselves comfortable for the six-hour flight to Tokyo. Our first outing allowed us to explore some of Tokyo and try the local foods that were on offer, our u16s contingent went for Wendy’s …

The next training session saw a slight difference in the weather compared to Singapore with a torrential downpour making the team run look unlikely. This did not stop us though, with Mr Vercoe motivating the squad to get their running shoes on and jog to the local pitch where the boys trained well considering the weather!

When the next day arrived for our final set of fixtures, the weather was a complete contrast with the sun shining. The 1st XV kicked the day off with a scintillating 47-0 victory over Hibiya High School. Against strong opposition, the players stuck to the plan set out by Mr Vercoe and exploited the opportunities in the wide channels. Alex after another dominating performance was awarded man of the match. A particularly physical encounter between our 2nd XV and Kunitachi High School 1st XV left our players with their share of bumps and bruises. Kunitachi narrowly leading the scoreboard by 5 at half time, deep into the second half, out of nowhere came a miracle ball from Kahil finding Danny out on the wing in space, who not only beat one defender but two three four and five to go in under the sticks. A massive effort in defence ended the game 7-5 to Mill Hill finally allowing everyone on the sideline to breathe a sigh of relief. Man of the match was awarded to Georgio for a mammoth effort off the back of the scrum.

Rugby World Cup semi-final. England vs New Zealand. Northern hemisphere vs Southern hemisphere. 49 very excited pupils and staff travelling across Tokyo to the Yokohoma Stadium fresh from our double win earlier that day. Spirits were high and a glorious rendition of Swing Low Sweet Chariot could be heard back in North London! Sitting together watching the New Zealand Haka (and the now infamous England Response) a realisation dawned on every one of us just how lucky we were to be experiencing a match of this magnitude. After enjoying every minute of what was possibly the greatest ever England performance and enjoying the atmosphere after the match we were eventually told to leave by the stadium staff. The match will live long in all our memories.

The following day we travelled for two hours to Shizuoka where we spent two days visiting incredible sights, including Mt Fuji, Lake Kawaguchiko as well as Fuji Q Highland Theme Park where boys and staff braved rollercoasters and the Labyrinth of Fear.

Could this tour get any better? The cherry on our cake was the surprise visit by England, Lions and Saracens legend George Kruis! The players spent over half an hour with George, getting an insight into the semi-final victory and their preparation for the final. George particularly enjoyed the first question from Owen M who asked how he felt getting dropped for Courtney Lawes! The remainder of our final day was taken up with a trip to the batting cages where the boys and staff repeatedly swung baseball bats with minimal success at hitting the ball. In the evening we enjoyed a Korean BBQ as a squad, where we reminisced about the memories we had made while on this incredible tour!

An unforgettable tour was had by all and a big thank you must go to Mr Liffchak for the hard work and organisation that he has put in to get this tour up and running. Finally, we would like to thank the parents for allowing their boys to come on such an incredible adventure, one in which they will remember and cherish for the rest of their lives!