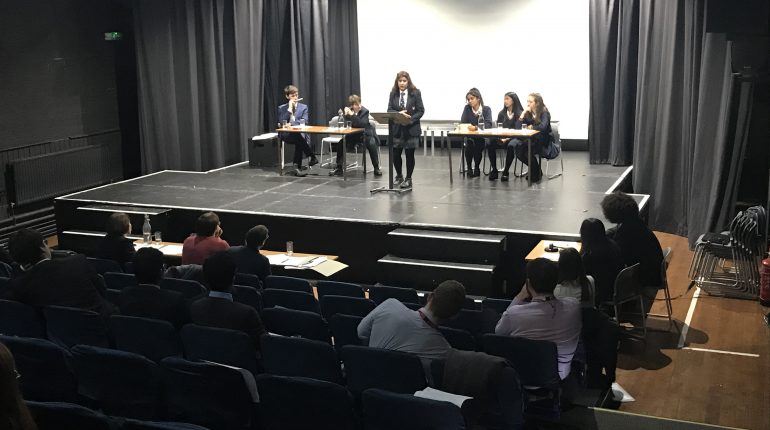 On Wednesday evening we hosted the first round of the ESU Mace Inter-School Debating Competition for Schools in North West London. This is a prestigious competition with teams participating from many of the most academically prestigious schools in London. The Mill Hill Team debated a formidable team from Henrietta Barnet School on the motion of whether people should be limited to one flight per year. Whilst Queen Elizabeth’s Boys School debated St Michael’s Grammar on whether voting should be made compulsory.

The team from Mill Hill not only went through to the next round as one of the top two teams but the judges singled out, Mill Hill pupil, Stas N-F (Weymouth) as the best speaker of the evening. This is even more impressive given that she is in the Remove and all other School’s teams were made up entirely of Sixth Formers.

The Mill Hill team were praised for their ability to respond to questioning and think on their feet rather than simply read out pre-prepared material. We look forward to the next round!