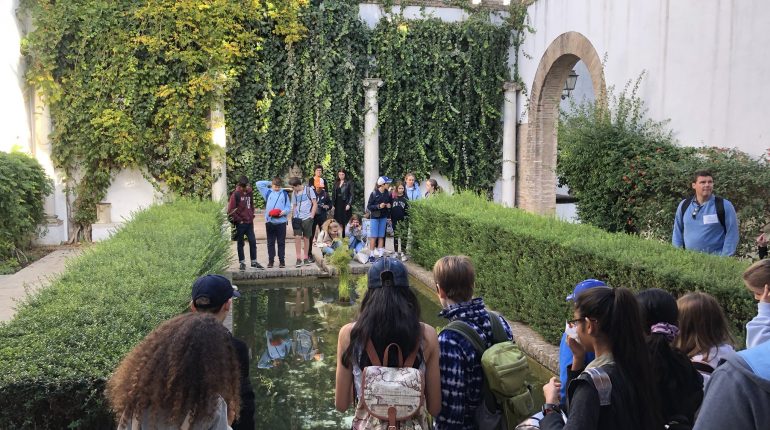 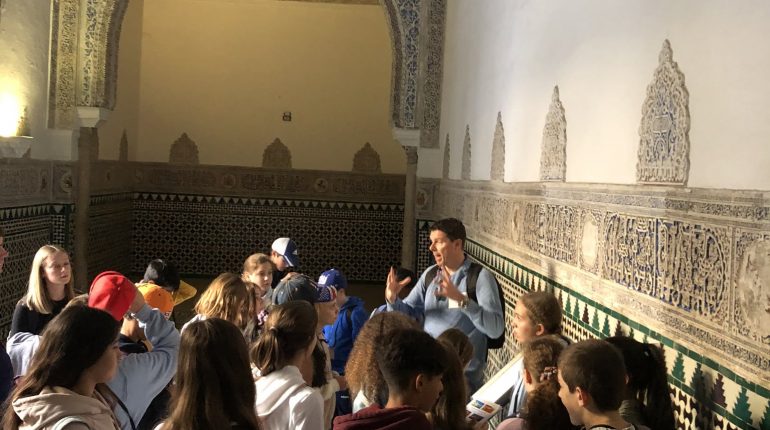 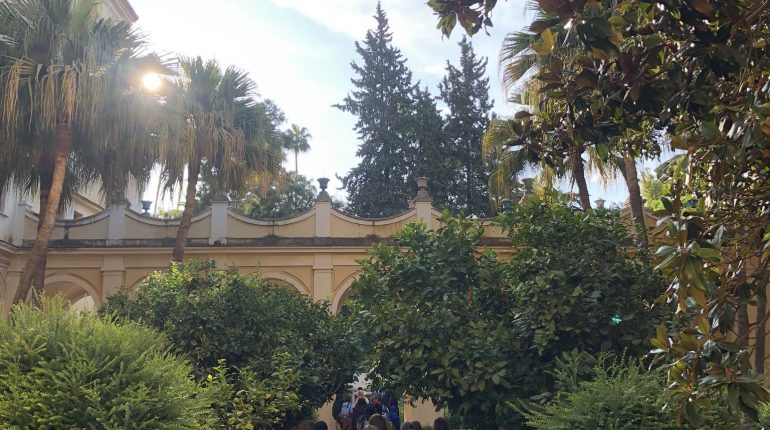 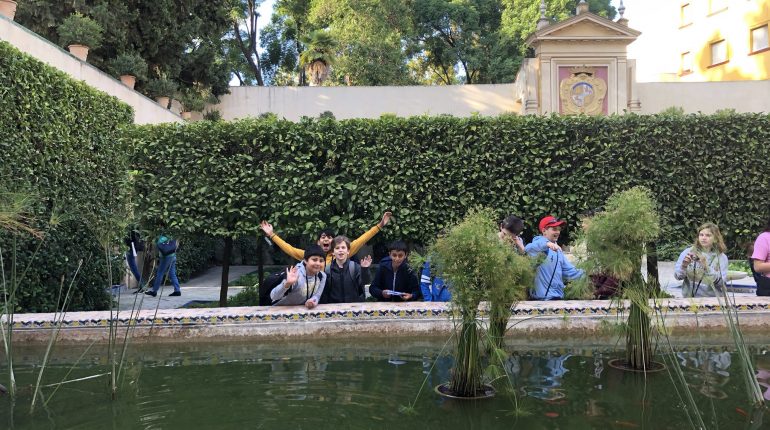 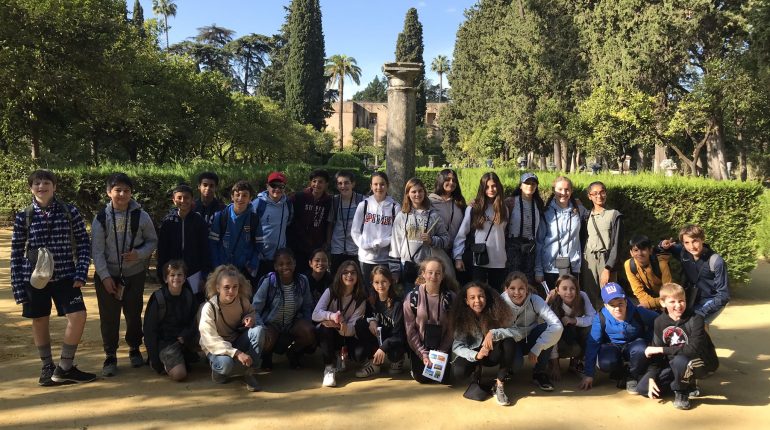 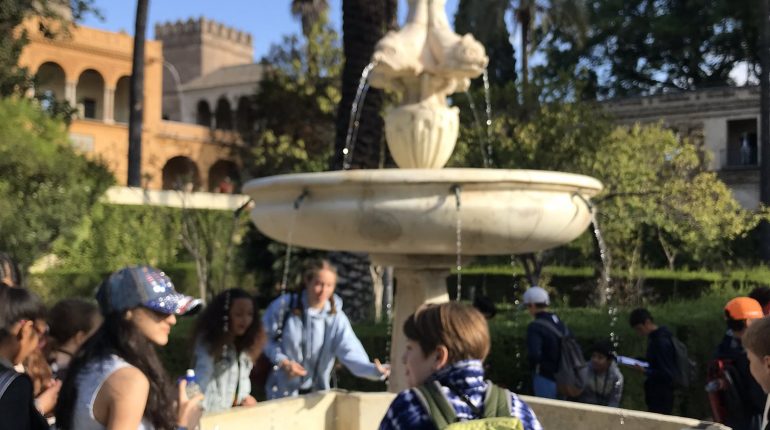 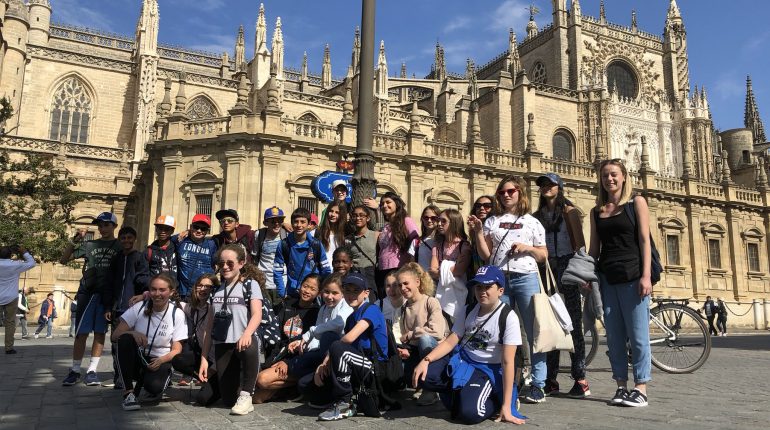 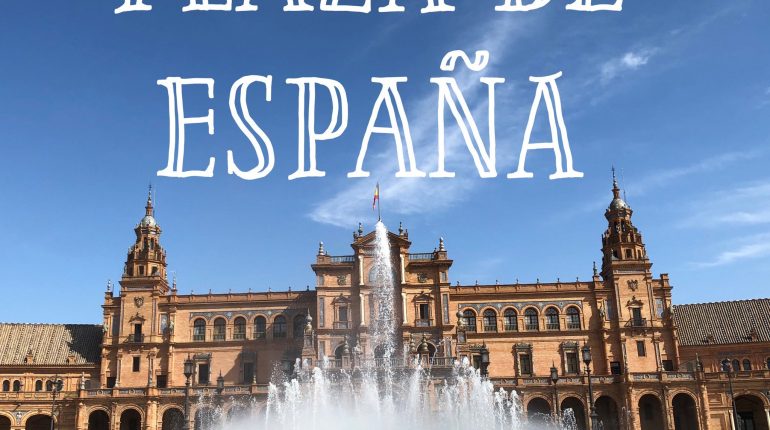 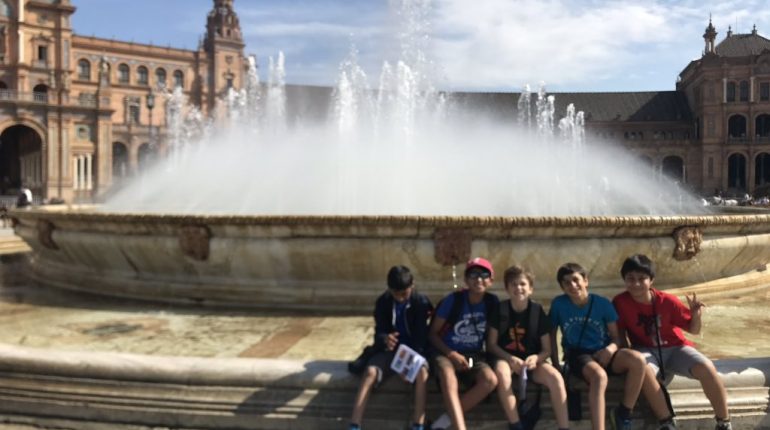 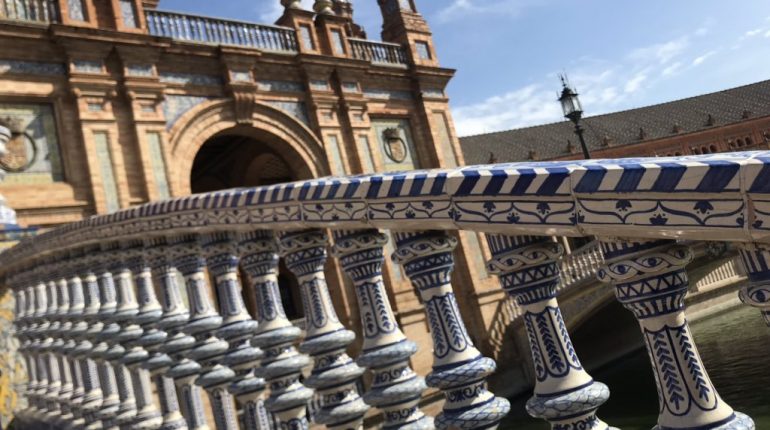 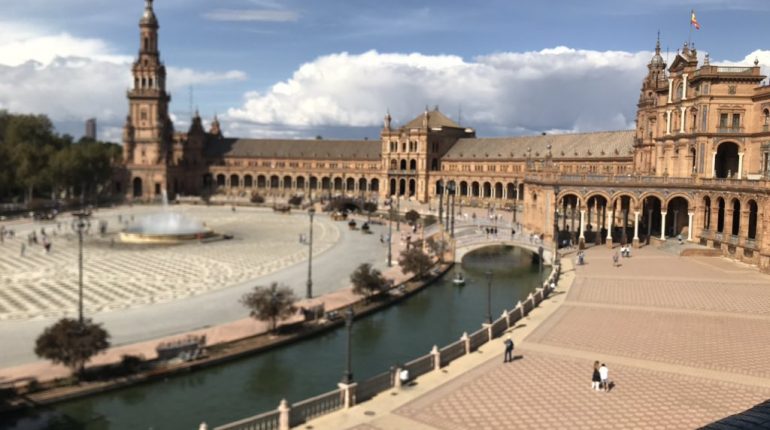 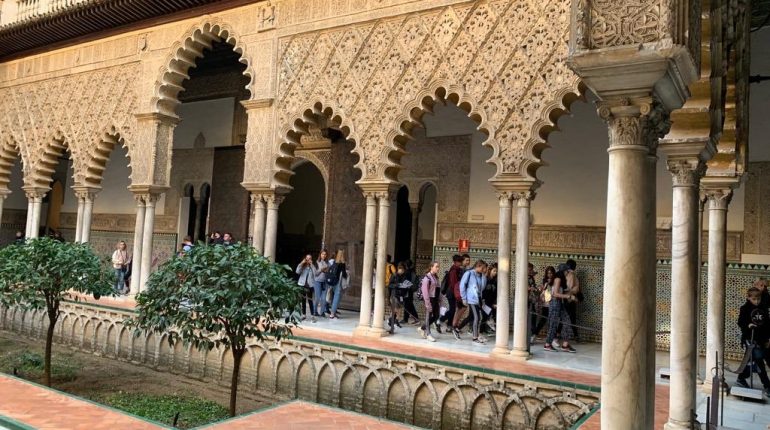 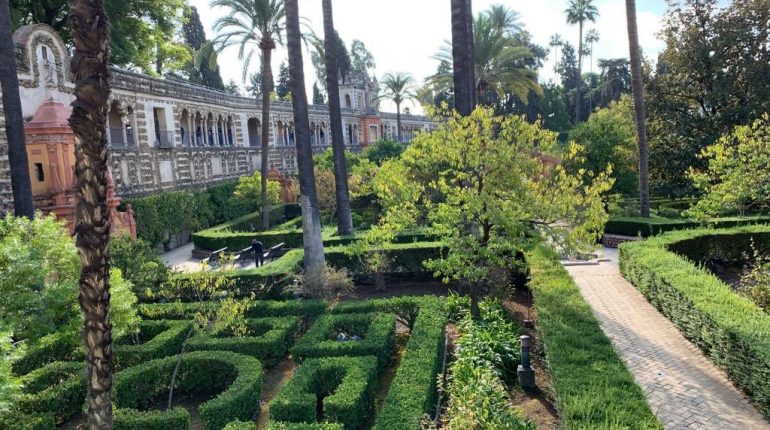 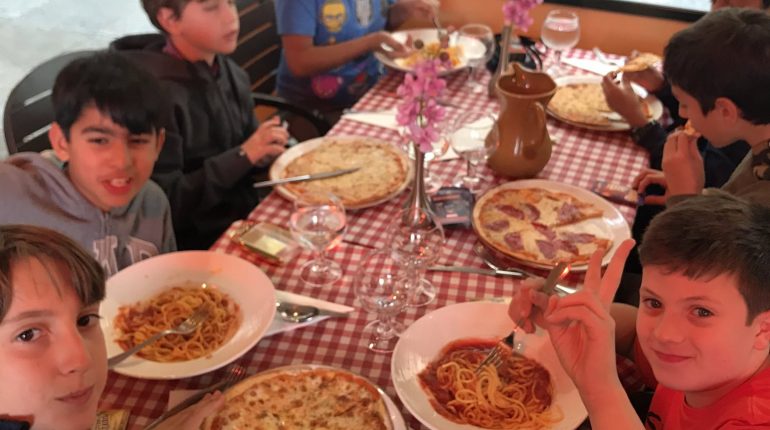 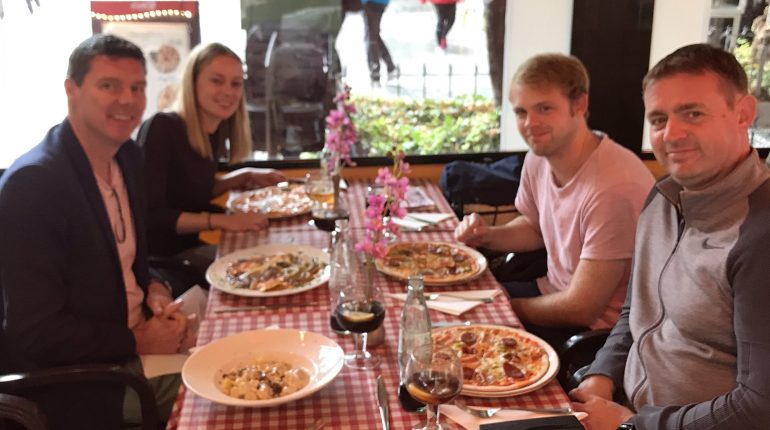 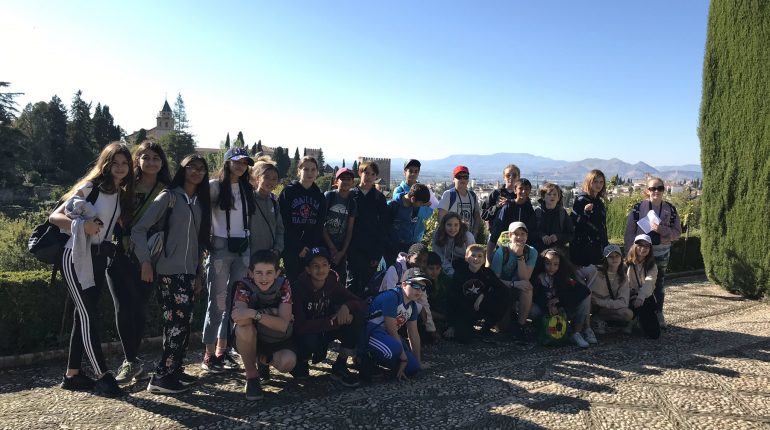 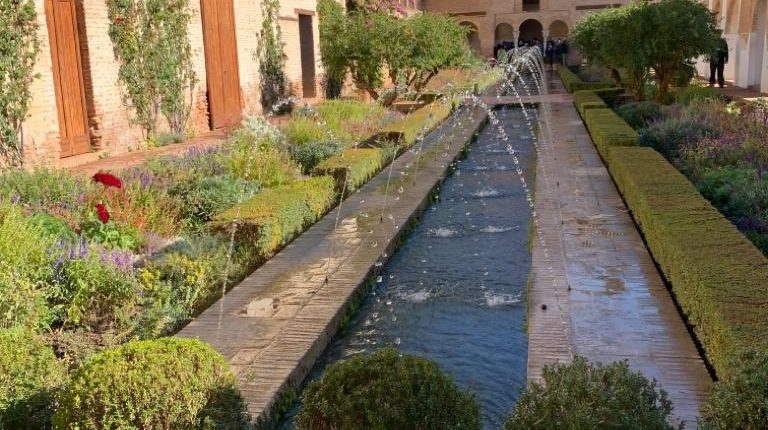 During the first week of the half-term break, we took a group of 30 pupils to visit the beautiful region of Andalucia in Spain. We spent the first two days exploring Seville and then moved on to Granada for two nights. We spent the Friday travelling down to Nerja where we visited the incredible Nerja caves, had some lunch by the sea in Malaga and returned to the UK from Seville. The itinerary was jam-packed and exciting, from the Alcázar palace in Seville, to the magnificent Alhambra in Granada. We also had the opportunity to watch a Flamenco show, and even try out some moves ourselves.

The pupils learnt about the fascinating history of the region thanks to Mr Roberts and Mrs Smith’s interesting tours around the sites, and they embraced the challenge of speaking Spanish with shop vendors and locals. It was a brilliant week. I’d like to say a big thank you to Mr Roberts, Mr Fleet, Mrs Smith and Mr McGuinness who came on the trip and to the children who were enthusiastic and fantastic Belmont role-models whilst abroad.