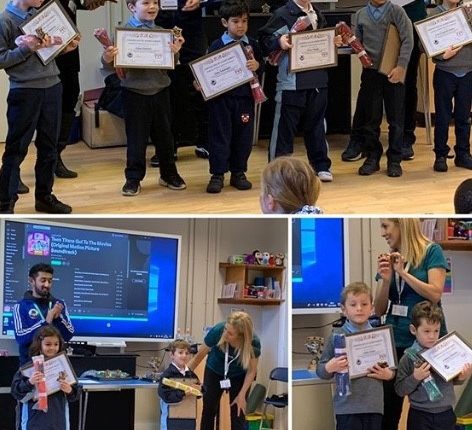 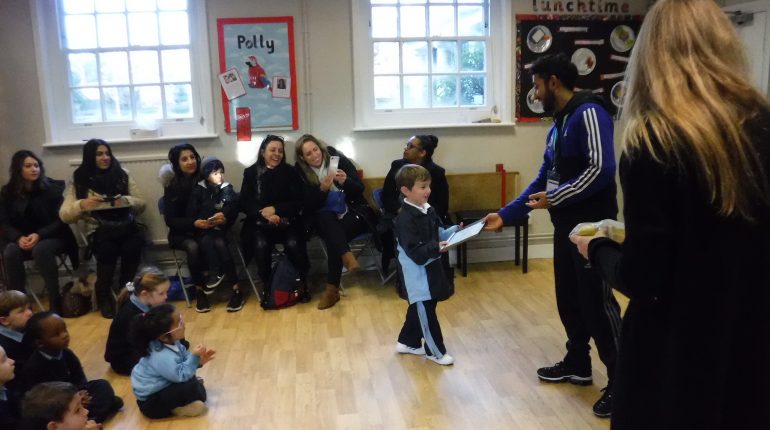 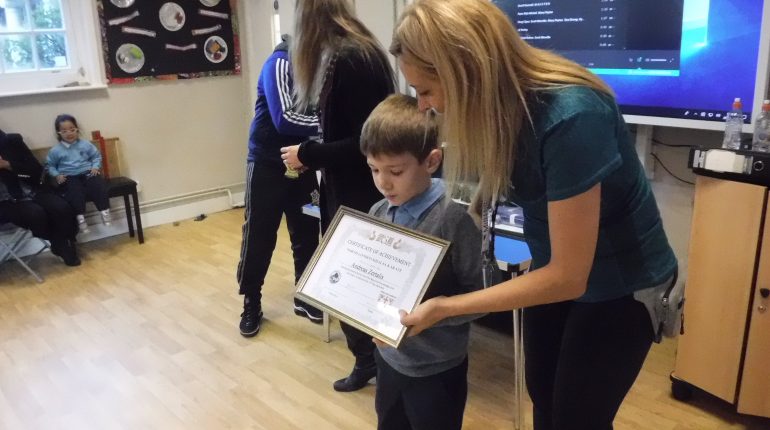 Last Friday some of the children that attend the after school Karate club were thrilled to receive their Karate belts during our assembly. Some children received yellow belts while others moved on to red, orange, green or blue belts. Sensei Kieran explained some of the technicalities involved in each block of punches and kicks and what the children needed to master to be graded.