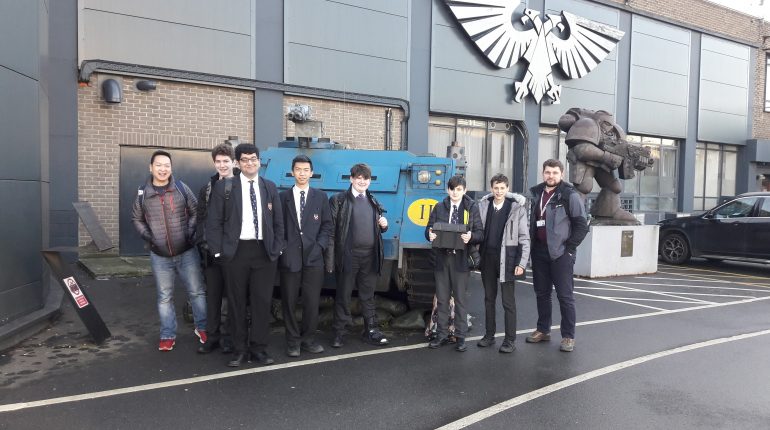 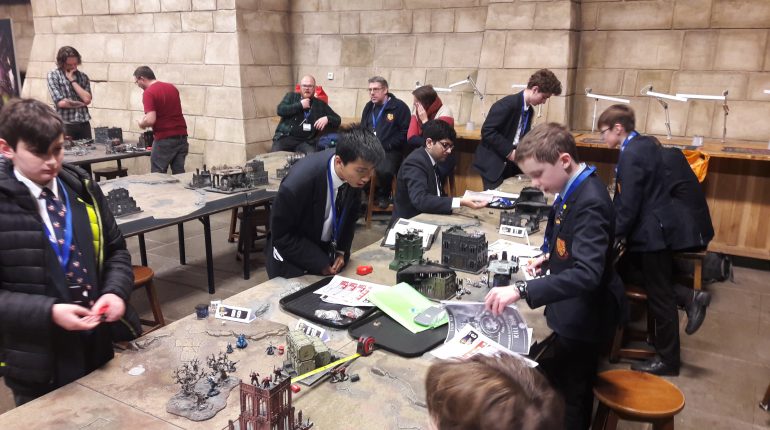 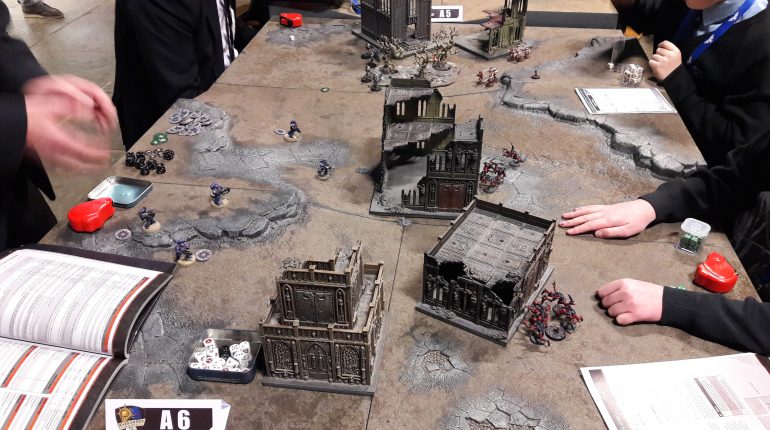 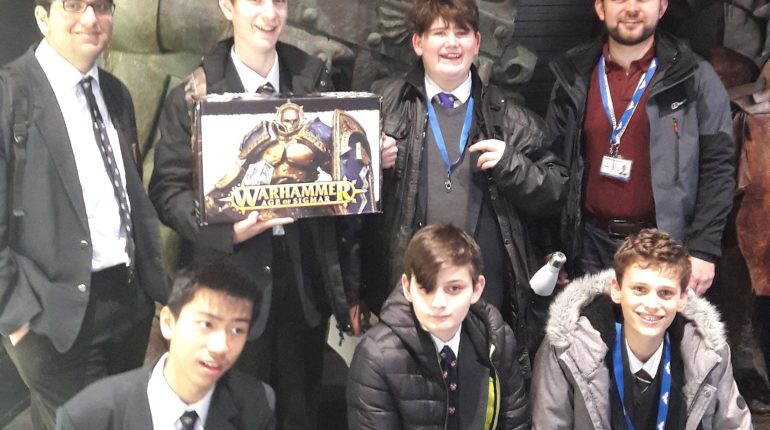 On Tuesday 3 December six pupils and two members of staff travelled to Warhammer World in Nottingham to participate in the Warhammer 40,000: Kill Team, Schools Championships. The game sees two players pit their own teams of miniatures against each other in a test of logic and tactics. The pupils who attended have designed, built and painted their teams requiring a great deal of creativity and attention to detail in order to produce a unique team capable of overcoming their opponents and maybe even winning the painting competition.

The Pupils played three 40 minute games against a different opponent each time giving them a chance to see different factions and tactics. At the end of the day awards were given out for the top three players and best painted Kill Team. After the games were complete we got the opportunity to look around the exhibition which features entire armies of miniatures as well as gigantic battle scenes and dioramas containing hundreds of models. Although we didn’t bring home any trophies the day was an incredible experience for pupils and staff, meeting other like minded people, learning more about the hobby and picking up key tactics for next year.

“Our matches proved to be fun, enjoyable and also a learning experience for each of us as we sought to perfect our skills in battle. The visit to the Exhibition hall was also well worth it as the displays must have taken many hours to create and were absolutely amazing! The day ended with us winning a prize draw and going home with a box full of goodies to enjoy throughout the rest of the term.” – Samuel C (McClure), Team Captain.