Ethan L Composes at The Guildhall 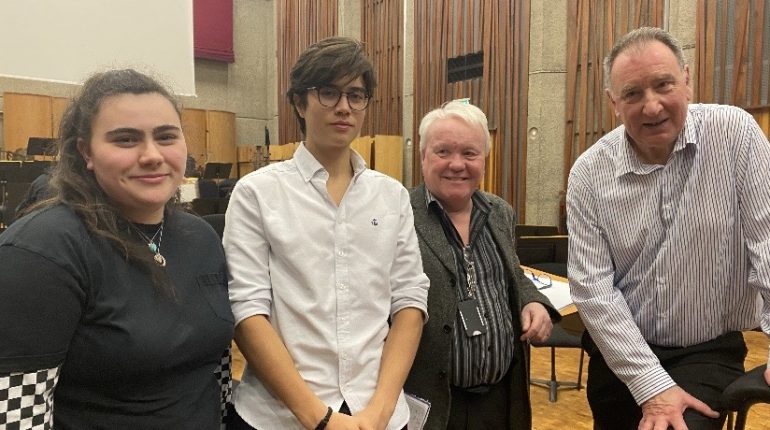 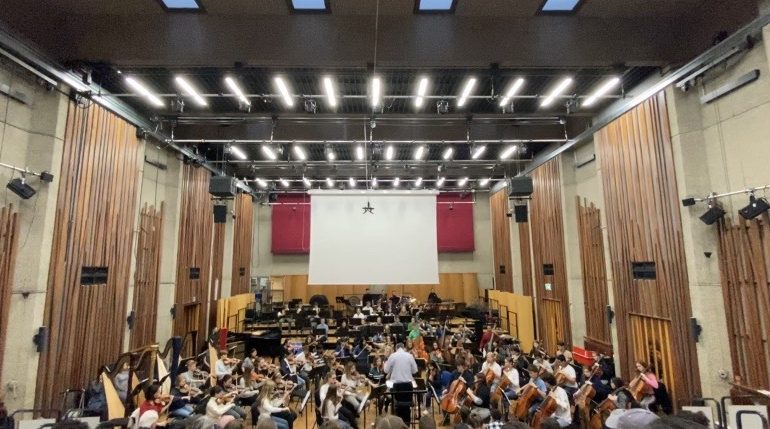 On Saturday 25 January, Mr McKay (Housemaster of McClure) and Mrs McKay (Sixth Form Coordinator) joined Mr and Mrs Lieber’s family and friends to watch a rare and unique musical spectacle at The Guildhall School of Music in The Barbican.

Since October last year, Ethan L (McClure) has been invited by The Guildhall to compose several orchestral compositions. His incredible dedication and commitment resulted in him producing a final piece which can only be described as a work of art. A full Chamber Orchestra of 40 to 50 musicians (including Murray’s Ellen B-G) played Ethan’s composition for thirty minutes. It was utterly awe-inspiring and made even more spectacular by the studio acoustics.

Everyone at the event was incredibly proud of Ethan’s achievement. He plans to continue composing and hopes to hear the same orchestra play his future compositions.