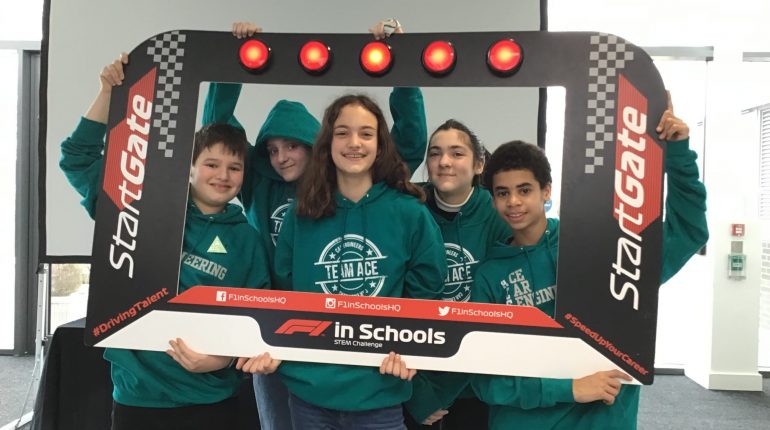 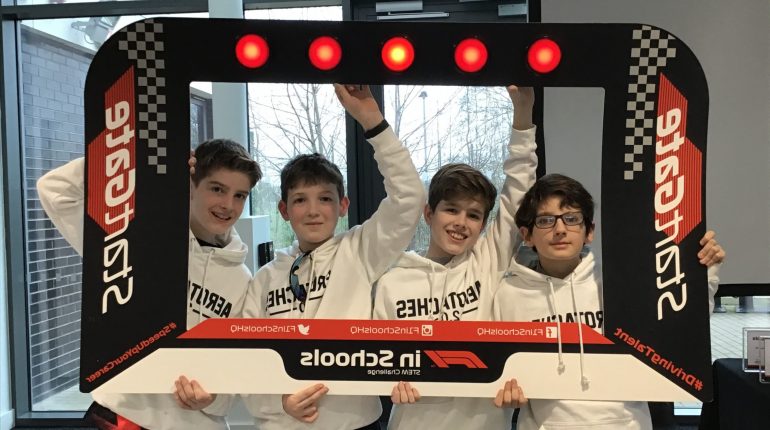 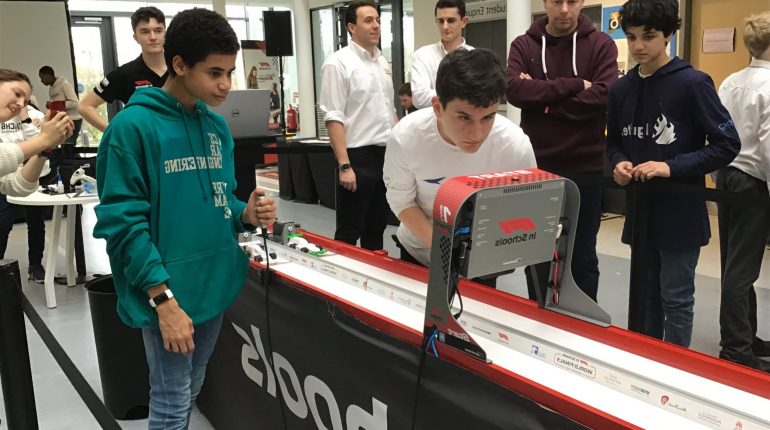 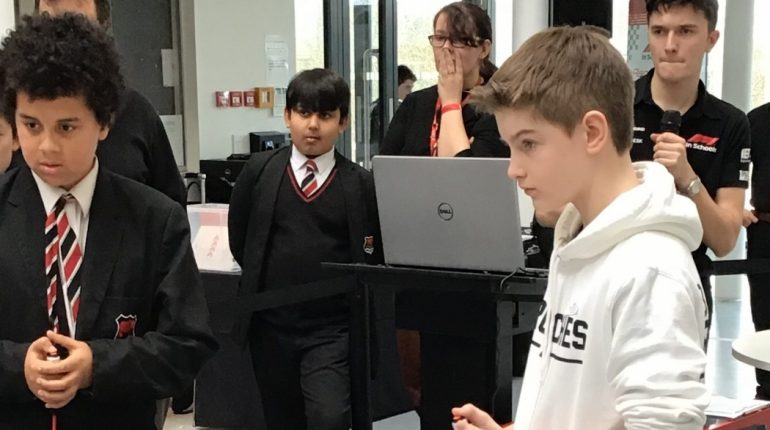 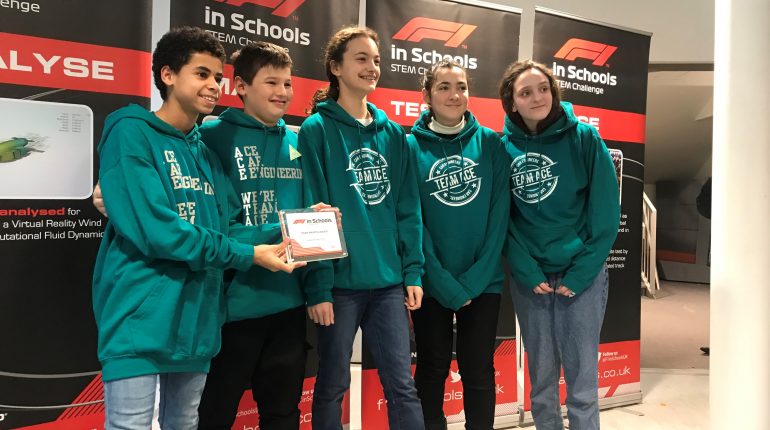 Two teams attended the F1 regional finals in Bracknell. Both had been preparing and testing their cars, presentation and portfolio since September and it was their chance to show off their hard work.

Although neither team made it through to the National Finals, Team Ace won a trophy for ‘Team Identity’. They showed the judges how they all worked together as a Team and understood the importance of showing consideration to each other and the role they all played to make their team successful.

It was a long day but both did extremely well, they are the first two teams who have competed in this competition from Belmont.

They have all been awarded with the F1 Challenge certificates, in addition to a Bronze Crest award. I am looking forward to all their contributions and hard work next year.

Thank you to Mr Perrin for all his assistance especially with the design and manufacturing of the car.