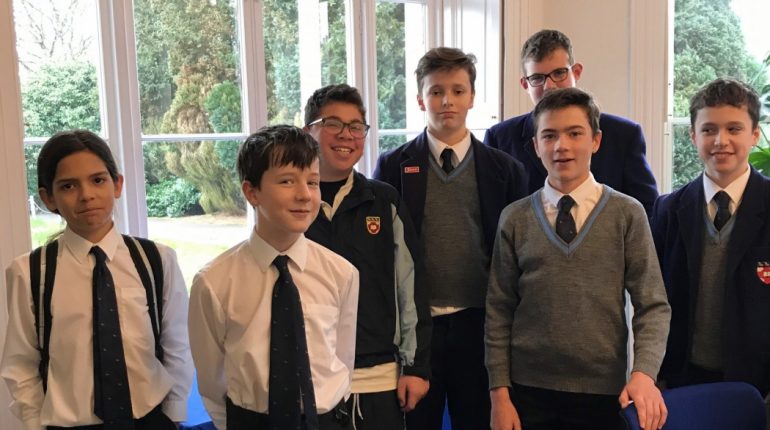 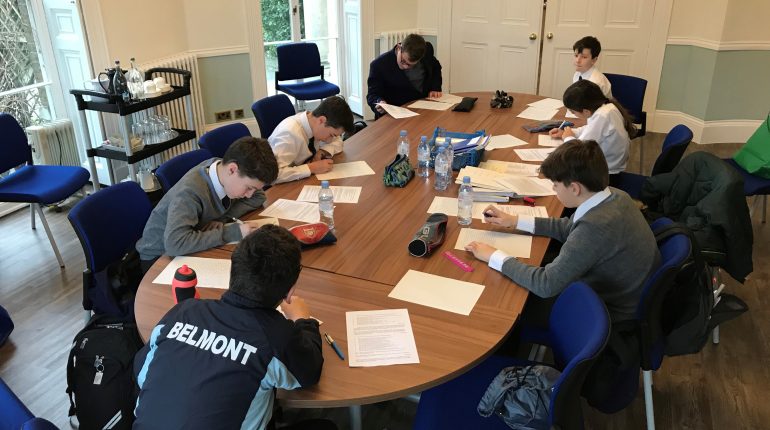 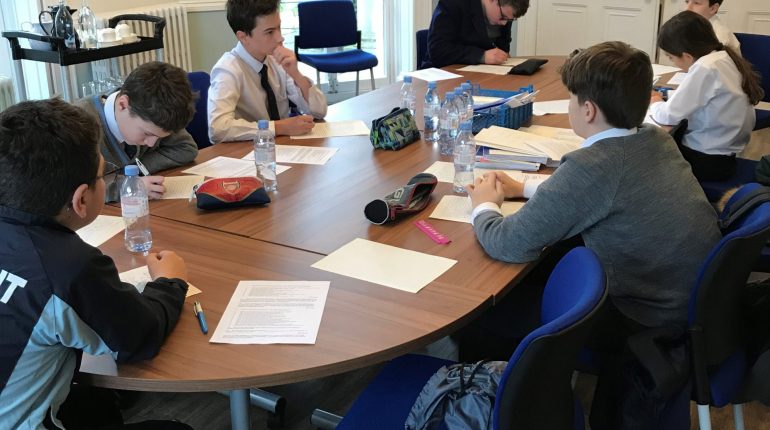 On Monday seven pupils took part in Round Two of the Townsend Warner History Competition. This was a gruelling two-hour paper which required pupils to write on a whole range of themes including being asked what topics they felt every child in the UK should be taught as part of the History curriculum, and to tell the story behind historical quotes such as ‘That’s one small step for a man, one giant leap for mankind’.

The pupils worked tirelessly throughout and wrote brilliantly on diverse topics such as The French Revolution, the origins of the Cold War, the rise of the Nazis and the work of Roy Lichtenstein. Not pictured is Louis Heath who completed the competition on Tuesday after a delayed flight. We are really proud of all the pupils and thank them for their hard work.