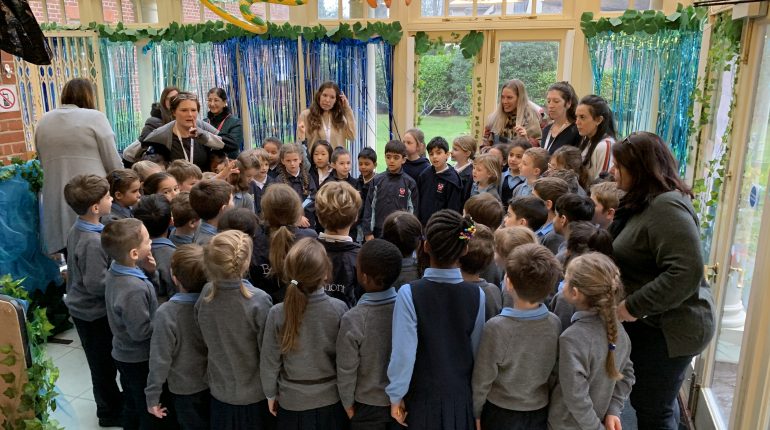 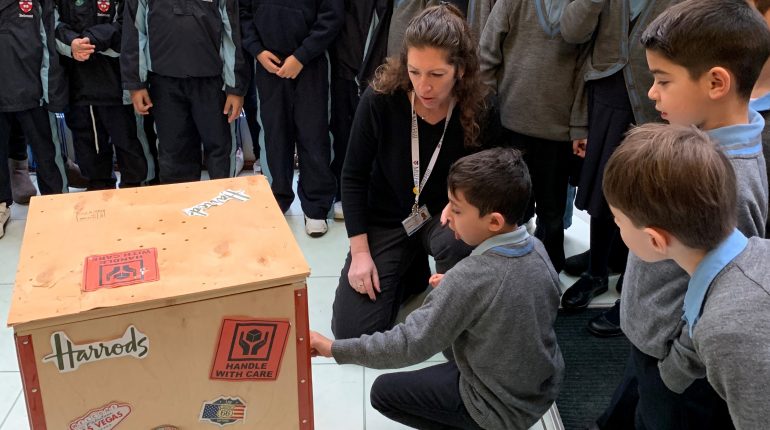 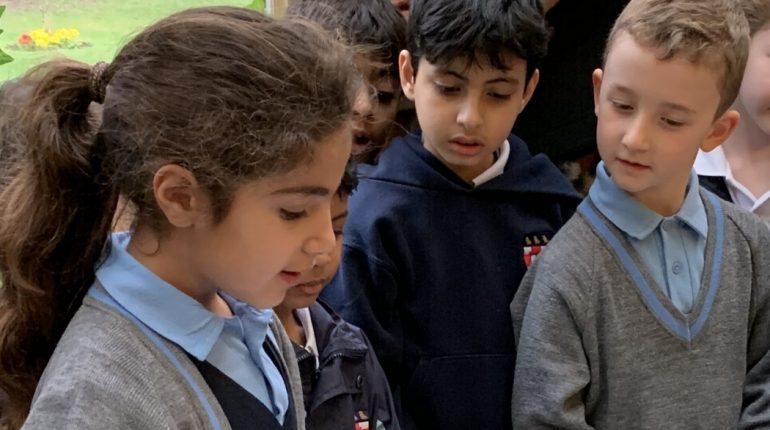 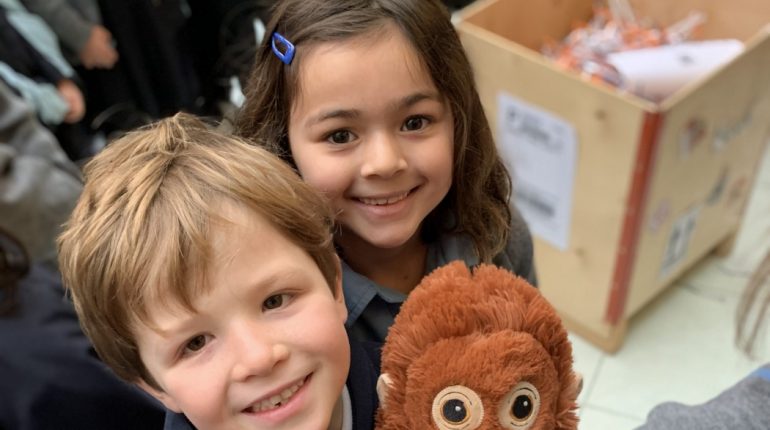 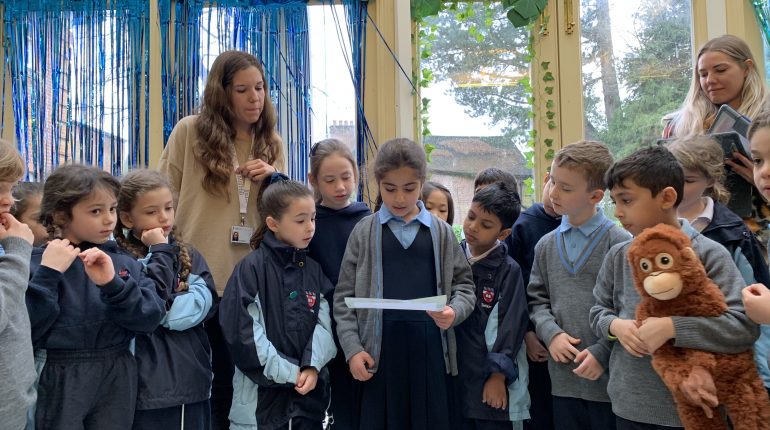 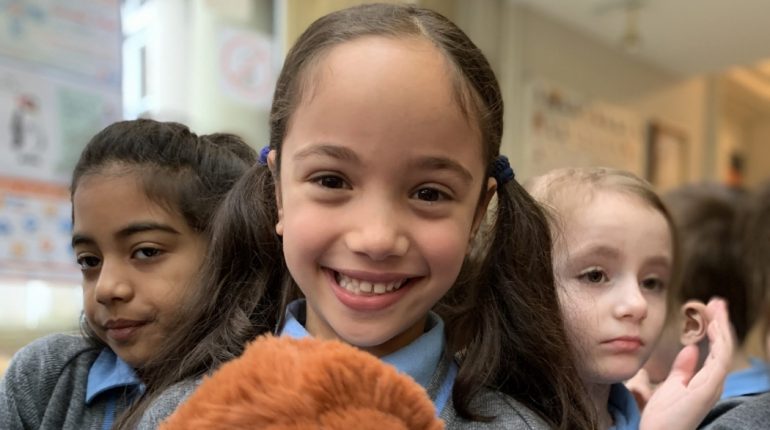 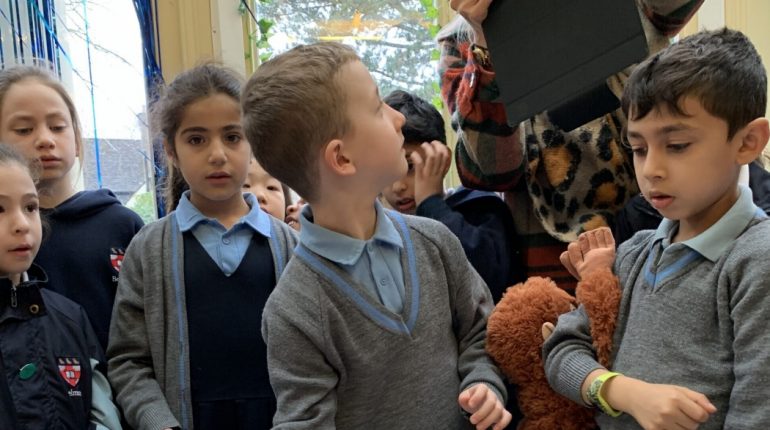 This week Misha from 2YM has described how our week began….

“On Monday morning, we found a big crate at the bottom of the school. We were so, so interested as we did not know where it came from. There were lots of signs on it, it said it was from Borneo and Indonesia. There were lots of labels from places around the world and there were lots of clues. But what was inside? Well because there were pictures, sounds and a letter from Steve, it could have been an Orang-utan. And it was! It was a real Orang-utan. We thought first it was dangerous but then we put our bravery on, and opened it with three supporters! The clues inside gave us lots of knowledge. We didn’t need help because we were so independent!”

So that’s how our week began and following on from all the excitement of our new visitors, the children chose a name and constructed some school rules for the Orang-utans. This was to ensure they also follow the Grimsdell way whilst at school. The children learnt about the anatomy of these amazing apes, how they have adapted to live in the rainforest, and labelled the physical features. We studied their life cycle, what they feed on and where Orang-utan’s are most commonly found in the world. The children have been fascinated learning all these interesting facts.