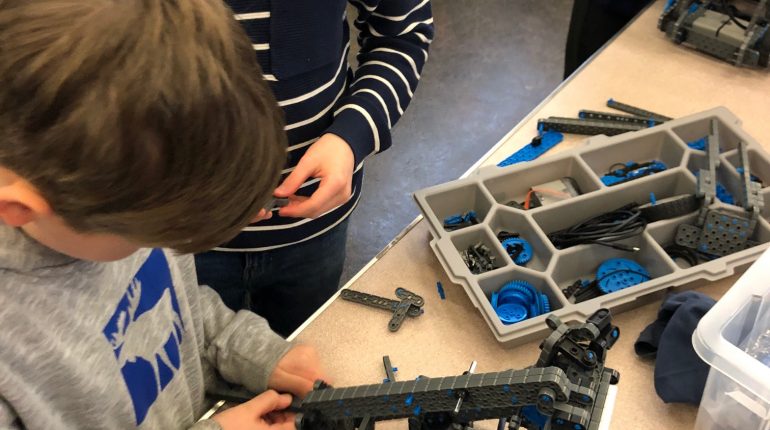 After a panic-stricken start of making sure all four Belmont Robots were fully functional, all the pupils got into the swing of the competition and gradually improved their performances over the course of the day.

We finished the league event with the highest qualifier finishing fifteenth out of thirty-five teams. Two teams made it into the finals but we were unable to take it further and qualify for the Nationals.

One pupil commented that it was the most stressed that they had been but by the end, they were so pleased with their performance and all pupils grew into the competition!

With three teams returning next year with a year of experience we will be looking at getting at least one team to the National Finals.

Well done all Vex Club pupils and thank you to Mr Warden for your help and support on the day.