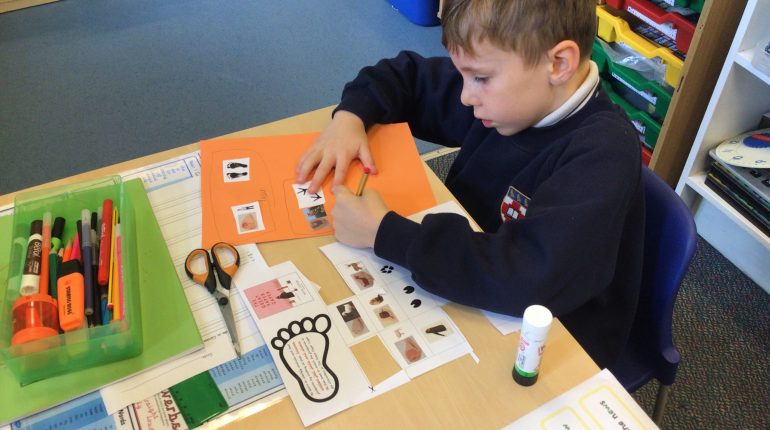 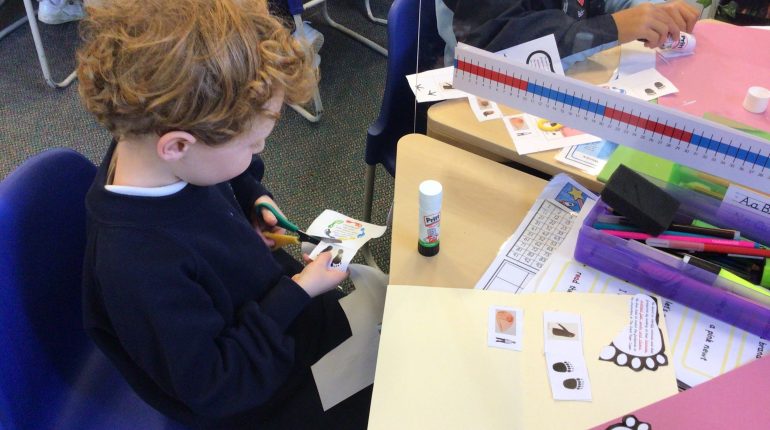 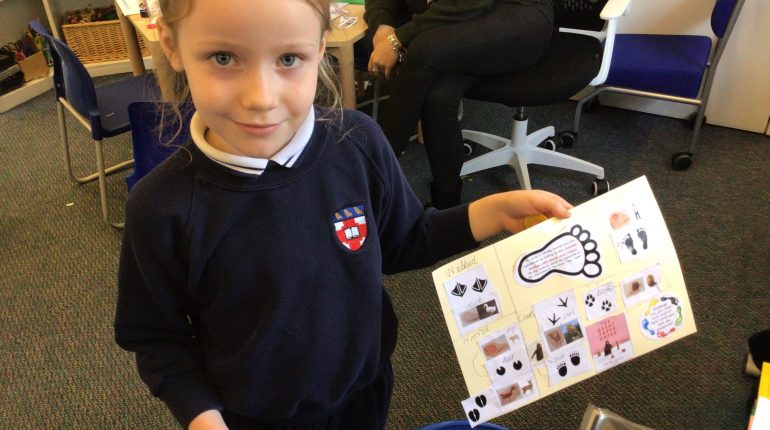 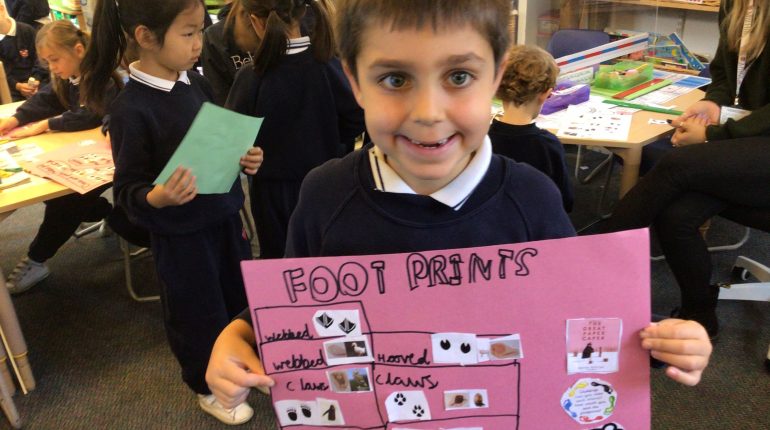 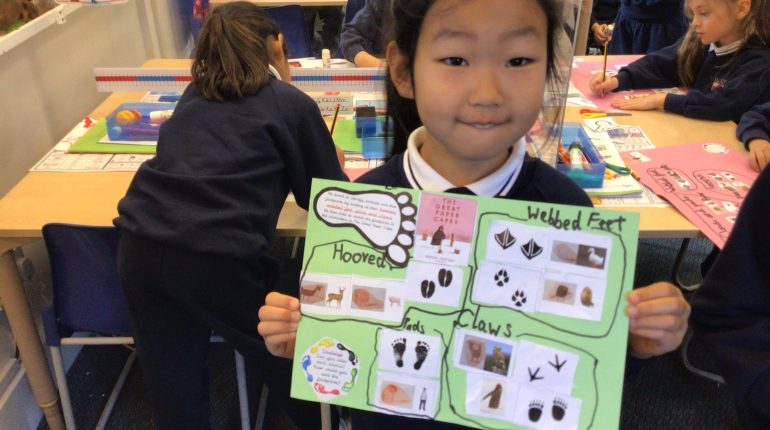 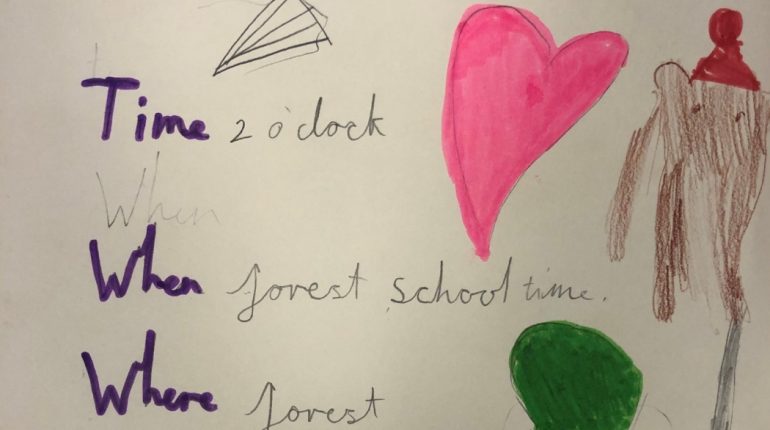 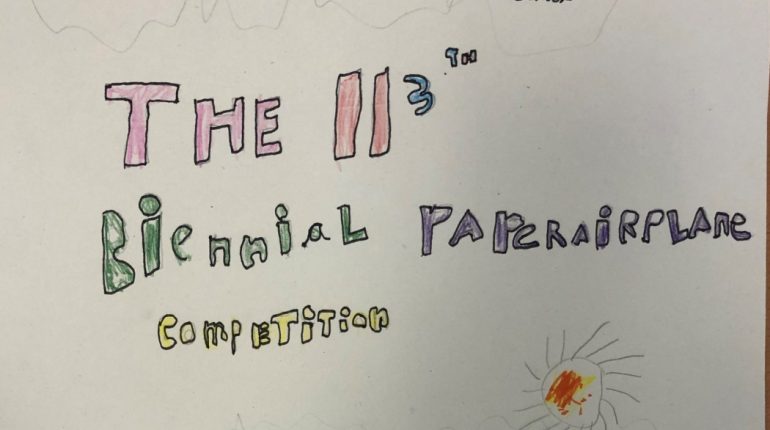 Year 2 have had an immersive week continuing to focus on ‘The Great Paper Caper’ story by Oliver Jeffers. The children have been fantastic detectives and after a lot of hard work investigating, have solved the crime! The Bear had been cutting down the trees to make paper aeroplanes as he wanted to win the paper aeroplane competition just like his grandfathers. He didn’t mean any harm and promised to replace the trees by planting more trees. To make him happy, the children made him an invitation to a paper aeroplane competition, which we had today in Forest school. It was so much fun to see all our paper aeroplanes we made in DT, flying so fast.

We spent time identifying animals and their footprints by looking at their hooves, webbed feet, pads and claws. The children enjoyed matching the footprints to The Great Paper Caper characters. As a challenge, they became forensic scientists by analysing a large photograph of the footprints taken at the crime scene. Using the evidence, they managed to identify the culprit!

In Science/PSHE, the children walked around the school and took pictures of different materials. They sorted the pictures into the correct recycling bin – plastic, paper, metal and glass. Using Seesaw on the iPads, the children labelled the pictures using the text tool and used the microphone tool to explain how they sorted the materials. Finally, we discussed what things we can do to look after the environment.