Virtual Chapel: Reflections on a Pandemic and the Battle of Britain 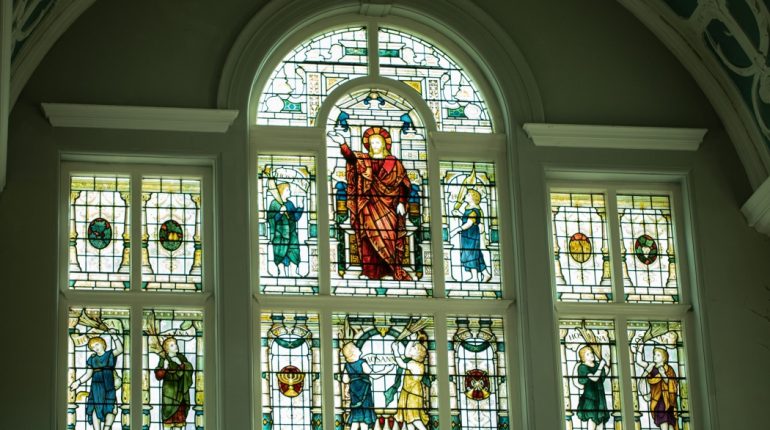 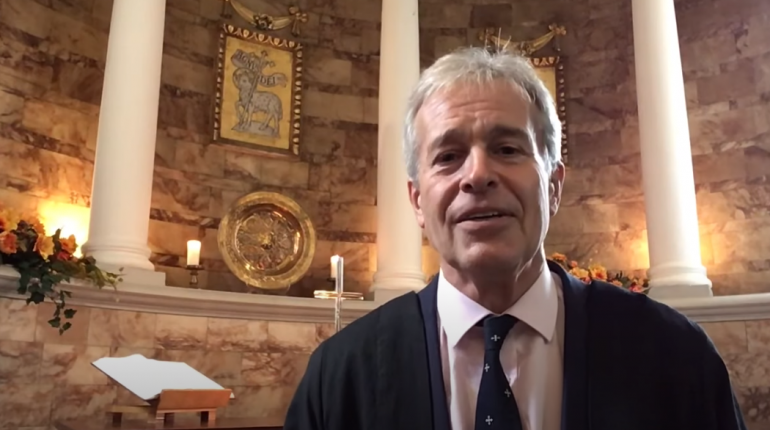 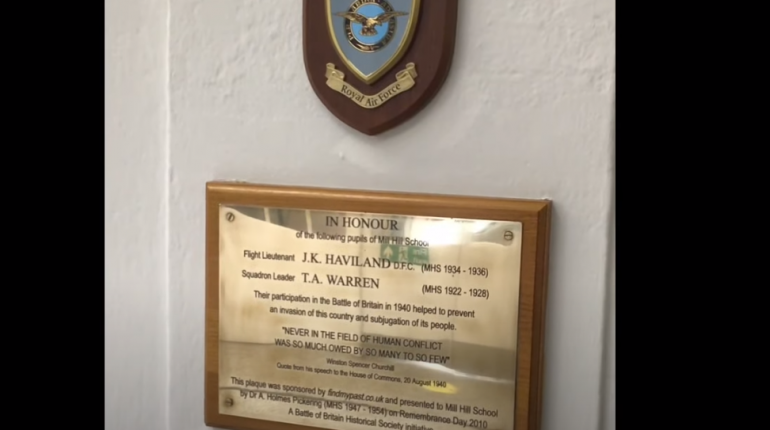 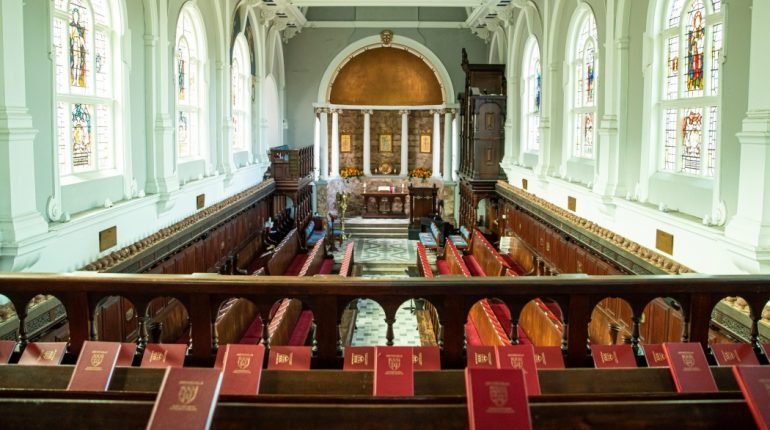 Last week’s Chapel service was our first whole school virtual Chapel this term. It was relayed to all pupils via their Tutor groups in their form rooms on Friday morning.

The Chaplain, Reverend Dr Richard Warden, began by commenting on the strangeness of holding an assembly in the Chapel with no pupils inside! He then thanked the newly formed Fourth Form and Remove Choirs, led by Mr Kevin Kyle, who had recorded an anthem and a hymn for us to enjoy; ‘Lead Me Lord’ and ‘I Vow to Thee My Country.’

As an act of symbolism and our unity of spirit, the Chaplain lit thirteen candles to represent each of the School Houses. He commented that it was the responsibility of us all to make our Houses, the school, our homes and the world a happier and brighter place.

The school’s closure over the summer term, the brief closure two weeks ago and the ‘new normal’ that we are all learning to live with, reminds us of a previous time when the School faced an extremely turbulent period in its history; the Second World War.

During that war from 1939-1945 Mill Hill School was closed completely for almost six years and transformed into a military hospital. Mill Hill staff and pupils were evacuated to St Bees School in Cumbria; hence the reason we have our St Bees House now.

Remembering this turbulent past provides a sense of perspective on the reality of our own disruptive COVID-19 experiences. In times like these, perspective is crucial. As we seek to cope with the pressures and difficulties of our own day, we can draw inspiration from the experiences of former generations of Millhillians.

In particular, the Chaplain drew attention to an important plaque near the main entrance to the school, in the Octagon. It commemorates two Old Millhillians, Thornton Warren and John Haviland, who flew in the Battle of Britain during the Second World War, which was taking place exactly 80 years ago between July and October 1940. The latter was awarded a prestigious medal for courage and valour – the DFC (Distinguished Flying Cross).

Despite the Royal Air Force being outnumbered four to one by the German Luftwaffe, the pilots eventually won this battle for the skies, thus averting the immediate planned land invasion by enemy troops.

Churchill’s famous comment is written on our plaque in the Octagon; ‘Never in the field of human conflict was so much owed by so many to so few.’ It’s inspiring to think that two Old Millhillians were among ‘The Few’ as they came to be known.

The Chaplain reflected that when he complains about the current situation that necessitates wearing a mask, social distancing, blended learning or having to hold virtual chapels with temperamental technology, he feels humbled by these Old Millhillians and the sacrifices they made.

The problems we are facing today are very real and disruptive, but reflecting on the courage and determination of these former pupils can give us inspiration and strength as we face our current Battle of Britain.

Towards the end of our virtual Chapel service, Liv Arshad the new school CCF Senior Cadet, and member of the RAF section, read the traditional CCF prayer from in front of the plaque, wearing full uniform out of respect for these Old Millhillians.

“O God our Father, who has brought us together as members of Mill Hill School,

help us to do our duty at all times and be loyal to each other.

May all that is good and true prosper among us;

strengthen us to defend the right,

and bless our work that it may be acceptable to thee;

You can read a message from the Chaplain from the start of term’s virtual Chapel here.