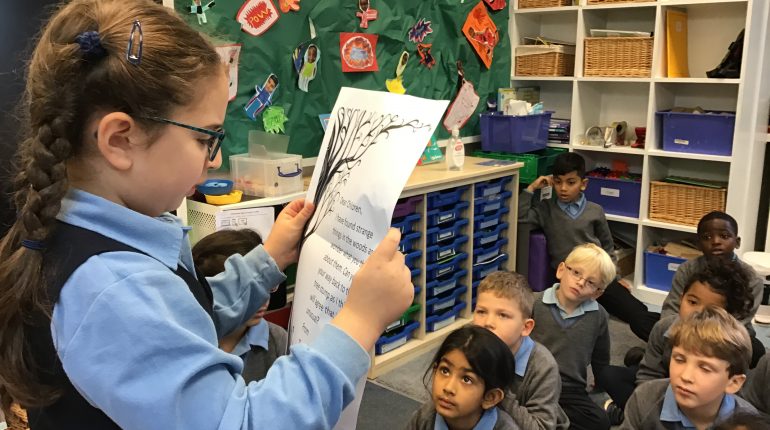 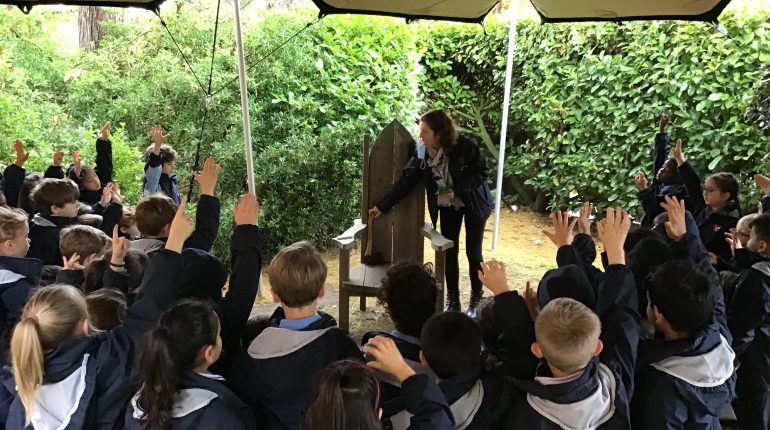 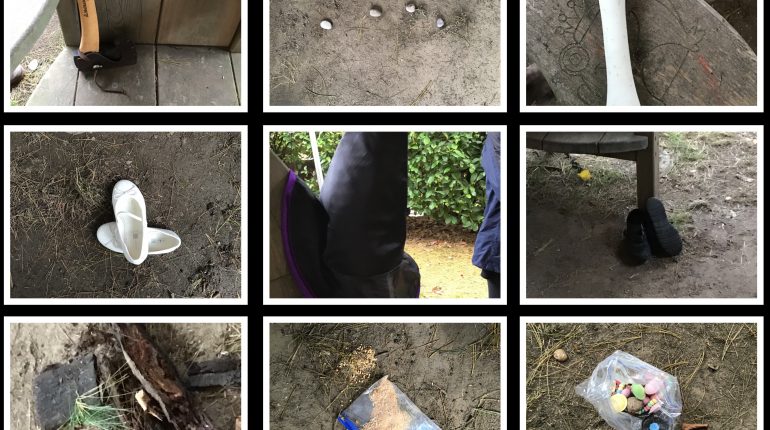 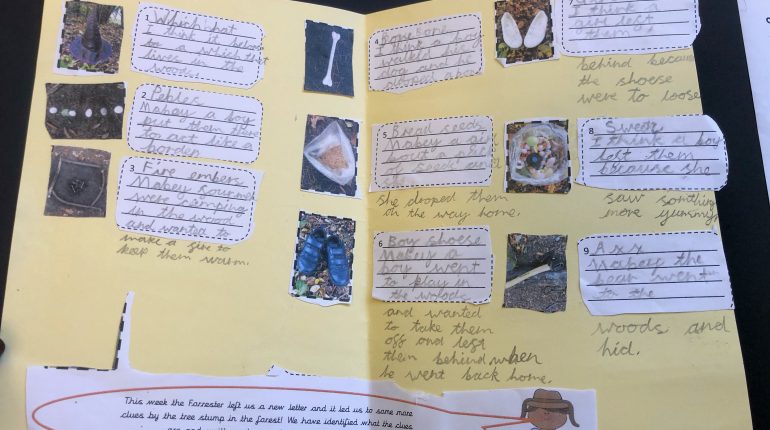 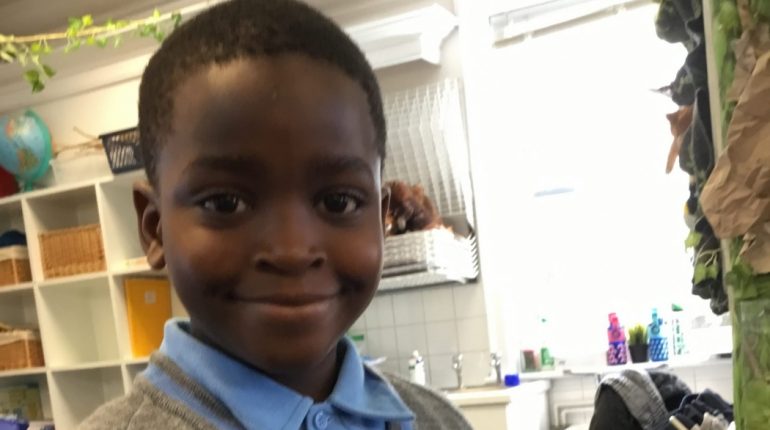 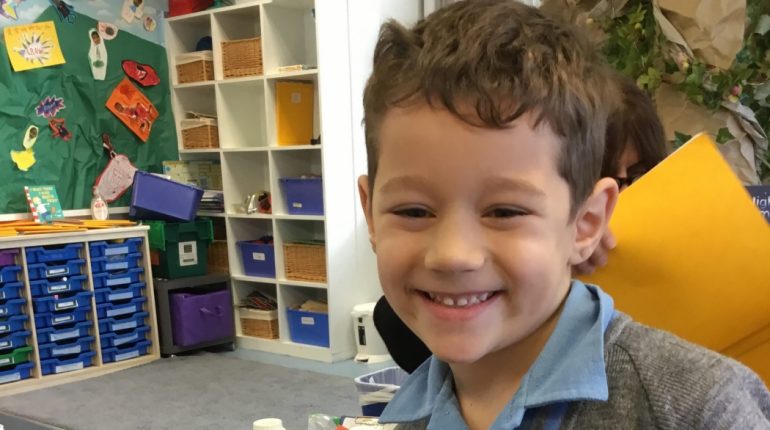 We had a wonderful start to the second half of the Autumn term. The children arrived to find another note from the Friendly Forester, this time saying, ‘I have found strange things in the woods and wonder what you think about them.’ The clues that the children found were a witch’s hat, a pile of sweets, a bone, a bag of pebbles, an axe, a bag of breadcrumbs, boy’s shoes, girl’s shoes and the embers from a fire. The children had to use their inference skills to guess why the clues were there!

Some of the children suggested that they might be from story books so in the next lesson they investigated which book the clues might have come from. All the clues led to… Hansel and Gretel! The children studied the features of traditional tales and were able to identify these features in the story of Hansel and Gretel. They learnt about the artist Gustav Klimt and made their own woodland scene like Klimt’s Birch Trees in Art.