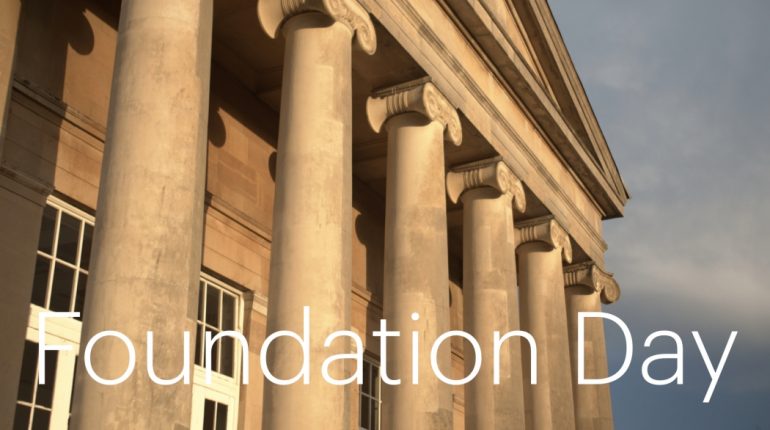 Following advance showings for pupils at the end of last term, we are delighted to announce that Foundation Day will premiere at 19:00 this Saturday, 16 January.

Produced over the course of the Autumn Term by our pupil-led Video Production and Broadcasting team, the video features all of the traditional elements of the ceremony, including reports from Mrs Sanchez and Mr Lipton, and an address by Guest of Honour Usha Raman, the Headmistress of Sri Jayendra, our partner school in Tamil Nadu.

The Prizegiving ceremony itself takes place on Top Terrace, an example of the the many ways long-standing traditions have been adapted for a year like no other.

Director Omre, (Upper Sixth, McClure), said, “Saturday’s premiere marks the conclusion of over six months of work to make this project a reality. We spent weeks planning, filming and editing what we hope is the best possible replacement for the real thing – though we very much look forward to the whole community joining us to celebrate in person later in the year.”

Click here at 19:00 on Saturday 16 January to watch the premiere and be part of this special event.