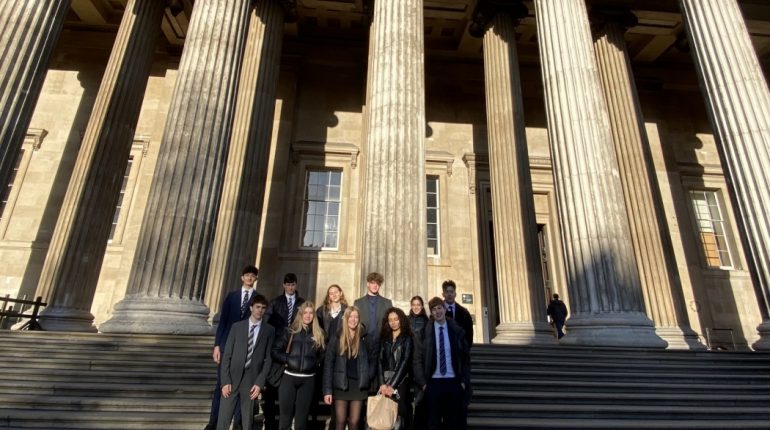 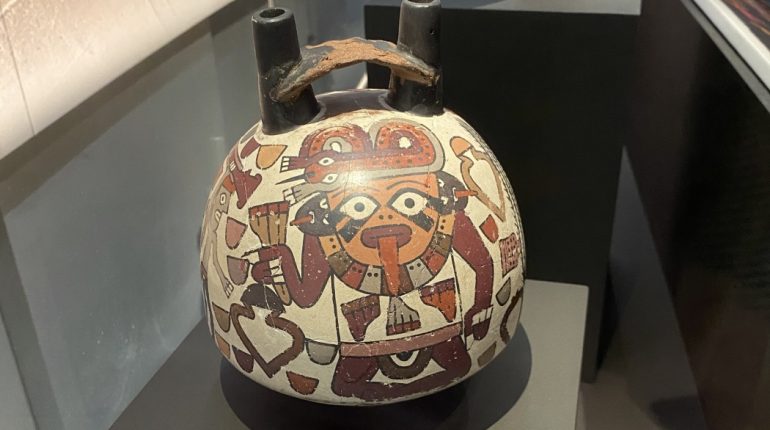 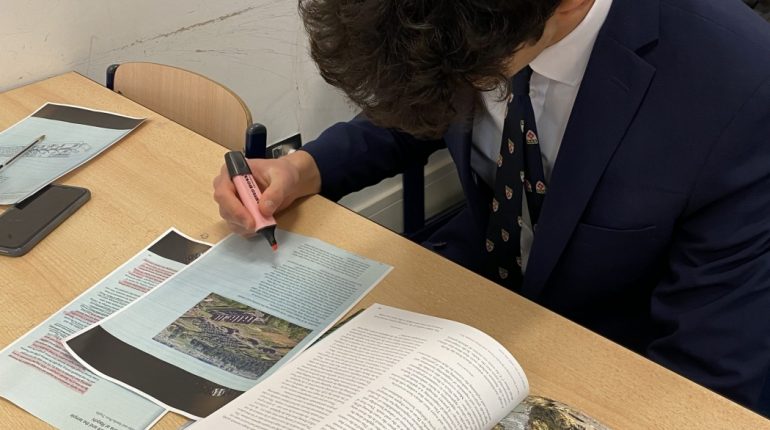 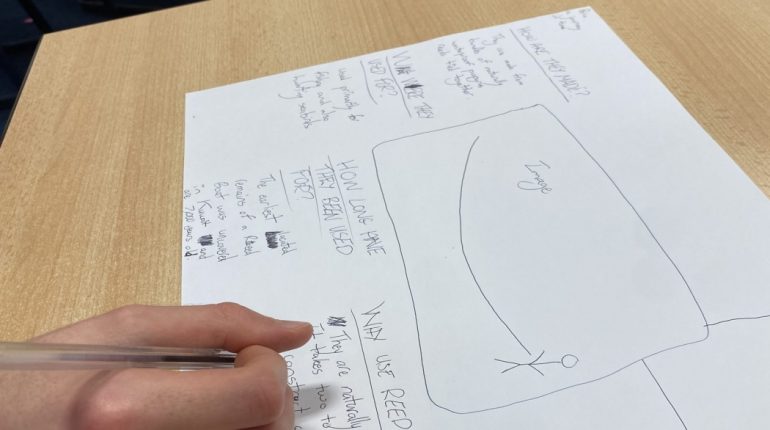 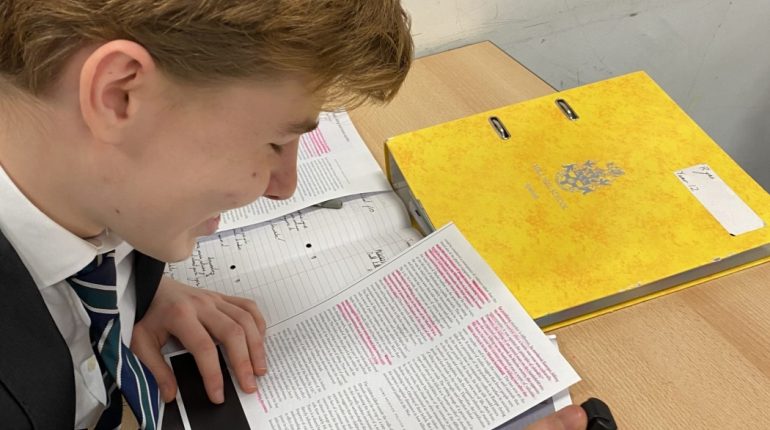 On Thursday 25 November, A Level Spanish pupils went to the British Museum to see the exhibition ‘Peru: a journey in time.’

Katie G (Lower Sixth, Atkinson) has written the below report about the trip.

The exhibition’s opening coincides with Peru’s 200th anniversary of proclaiming independence from Spain. It provides a historical overview of various diverse cultures spanning 3,500 years, as well as an insight into life in the Andes across the centuries.

One of the most ancient artefacts in the exhibition was a funerary blanket used by the Nasca people from 100 BCE to 800 BCE, who typically buried the dead in a seated position, wrapped in layers of cloth. Figures wearing feline masks and carrying human heads are depicted on the blanket. These figures are embroidered onto the blanket and this cloth is most likely a representation of an ancestor who would take care of the deceased in the afterlife. Burials in this period would have taken place in the deserts of southern Peru, and the blanket has survived for nearly 2000 years due to the absence of humidity in this region.

This exhibition explores the civilisations of the Andes, tracing civilization in this mountainous region from antiquity until 1534, when Francisco Pizarro and a band of Spanish conquistadors overthrew the Inca Empire, the largest empire of pre-columbian America.

This excursion was really valuable since it helped us to expand our understanding of Hispanic historical culture, which is an important component of the Spanish A level curriculum.