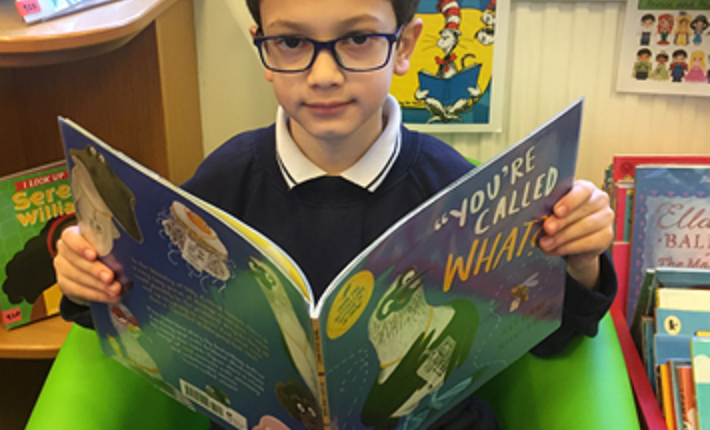 Book of the Week

Junior Librarian, Kian from 2JB, was given the task of recommending this week’s  Book of the Week.

Kian is tickling our taste buds with a very funny story by Kes Gray: ‘You’re Called What?!’ This book was donated to our Grimsdell Library by Luca Marmor (who was in Year 2 last academic year). Luca donated this book as he found it hilarious and Kian absolutely agrees! 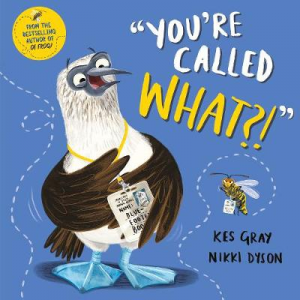 Kian’s reason for his choice: “It is a really funny story and has an unexpected ending. As well as teaching you lots of new things it also shows you how important it is to treat other people as you would like to be treated.”

I love that this book is a clever mix of an information book about unusually-named animals and downright hilarious. Readers are taken on a tour of the Ministry of Silly Animal Names where comically-titles creatures can go to change their names when they’re fed up with being laughed at. Fascinating and featuring lesser-known creatures like the ice cream cone worm and the pink fairy armadillo, pupils will learn plenty whilst they laugh their socks off!

Comical books seem to have an irresistible pull on children.  I often find them giggling together over a picture book. Our humour section is very popular and draws pupils of all ages.  Funny stories are an invaluable teaching tool and can support our commitment to pupil well-being.

The physiological and psychological benefits of laughter are well-documented. One of the main physiological effects of laughing is the production of endorphins which promote a sense of well-being and help relieve stress.  Laughter can also help counteract feelings of anxiety or anger in children.  When we smile, levels of one of the body’s stress hormones, cortisol, are reduced.  All of these effects are very beneficial to a person’s mental health.  In an age where schools are paying increasing attention to the mental health and emotional well-being of their pupils, laughter is a powerful tool to utilise in the classroom – and what better way to do that than through funny books?

If You Like The Movie … You Will Love the Book!

The Junior Librarians have been considering their favourite films and sourcing the books which  inspired these blockbusters! Their display shows a wide range of films and a good variety of books which inspired each film’s inception. Do you have a favourite film and if so, have you ever read the book which inspired the movie? Have a look at the Junior Librarians’ choices: Dylan – Mary Poppins, Annie – Aladdin, Lila – Paddington, Jayda – The Abominable Snow Baby, Kian – Spiderman and Dillan – Peter Rabbit.

Mrs Harvey, Kian and the rest of the Junior Librarians,