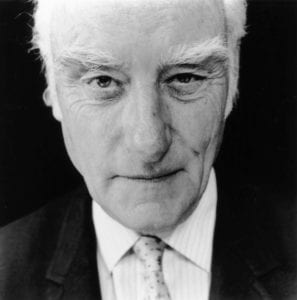 Old Millhillian, Dr Francis Crick (Ridgeway 1934) pictured above, was a molecular biologist, physicist, and neuroscientist. He was one of the discoverers of the structure of DNA in 1953, following which he, James D. Watson and Maurice Wilkins were jointly awarded the 1962 Nobel Prize for Physiology or Medicine.

The family had a close connection with Mill Hill School, living off Lawrence Street.  His father, three uncles and his younger brother were all educated here.  From the age of 14, Francis was educated here at Mill Hill School, on a scholarship, and studied mathematics, physics, and chemistry with his best friend John Shilston. He shared the Walter Knox Prize for Chemistry on Mill Hill School’s Foundation Day, Friday, 7 July 1933. He declared that his success “was inspired by the quality of teaching he received whilst a pupil at Mill Hill.”

At the age of 21, he earned a B.Sc. degree in physics from University College London.  He later became a PhD student and Honorary Fellow of Gonville and Caius College and mainly worked at the Cavendish Laboratory and the Medical Research Council (MRC) Laboratory of Molecular Biology in Cambridge. He was also an Honorary Fellow of Churchill College and of University College, London.