Sir John McClure’s legacy is a thread that is deeply intwined in Mill Hill’s identity, running through everything from our architecture to the values that guide every new pupil and Old Millhillian.

McClure had a transformational effect on Mill Hill, steadying the school early in his tenure before enabling it to flourish. By 1907, it had become a high-achieving, nationally recognised public school, welcoming Prime Minister Mr Campbell-Bannerman as guest of honour for its centennial celebrations.

Today, McClure’s impact can be felt in the Collinson and Ridgeway boarding houses. He inspired the building of the new Chapel and the conversion of the old chapel into the Large. He oversaw  the development of the Marnham Block, the Winterstoke Library, the Fives Courts, the Music School and the Gate of Honour. 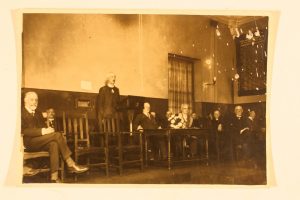 McClure was responsible for expanding the school’s educational horizons. Despite being a man of Mathematics, he made sure the air around Mill Hill was filled with music, he encouraged pupils to look to the stars through the study of Astronomy, and he infused the cricket field with his deep passion for the sport. And it is thanks to McClure that we remain anchored to our motto of Et virtutem et musas. All Mill Hill pupils will recognise the essential human values that he espoused, and all have benefited from his promise to inspire minds through educational excellence.

Fundamentally, McClure is remembered as an honourable, determined man whose dedication to our School became the foundation for its success. That is why we remember him today, and why he will continue to be remembered long into Mill Hill’s future. 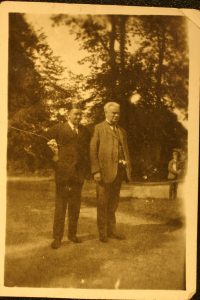 In McClure, the School’s governors had discovered a relatively unknown quantity, without extensive teaching experience but with the desired nonconformist credentials and in possession of exceptional academic talents.

McClure approached his professional calling with sincerity, honour and a sense of great duty, demonstrating an unwavering devotion to Mill Hill’s pupils and its cause. Under his stewardship, the school thrived beyond expectation, with pupil numbers rapidly increasing by the outbreak of the First World War.

As a teacher, McClure was a man of real presence and voice, universally respected and revered by all at Mill Hill. At the same time, he was a man of compassion, with a sharp wit.

The pupils’ affection for McClure, and their faith in the institution of Mill Hill, is evident in their wartime correspondence. It is telling that at a time of such desperation, uncertainty and fear, it was McClure that provided them with a beacon of reason, certainty and hope. 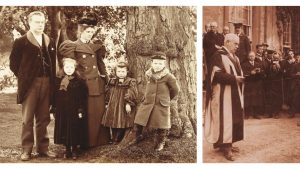