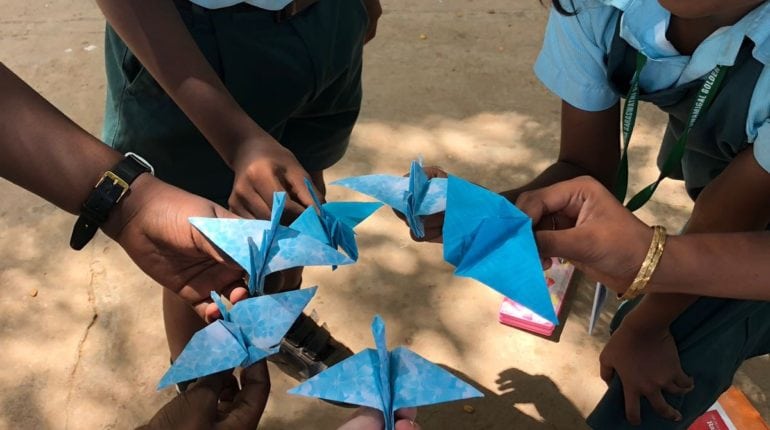 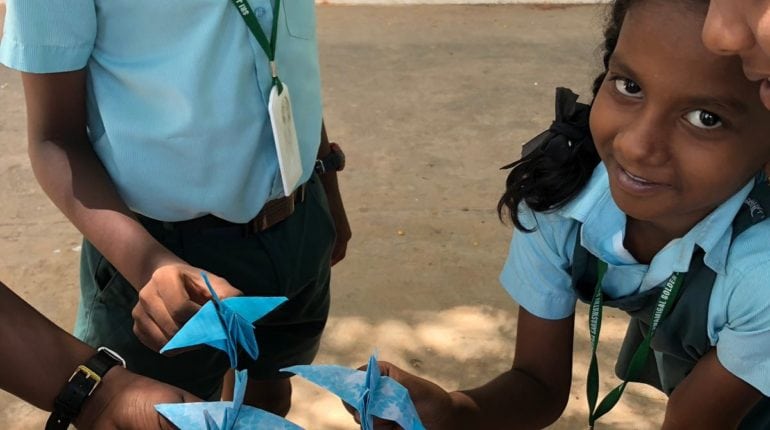 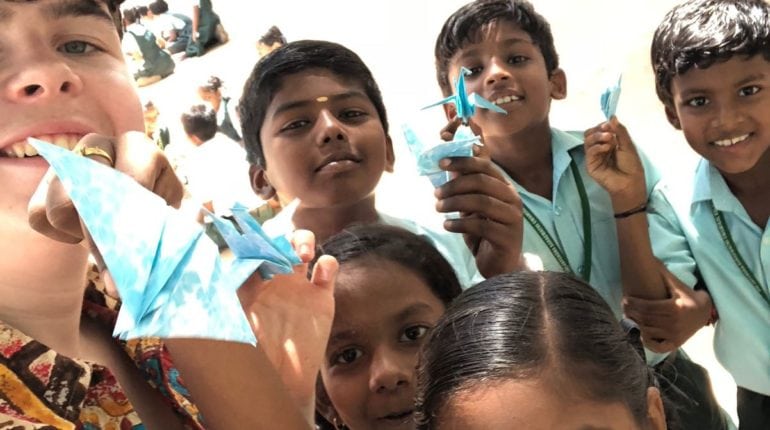 The last few weeks have been a whirlwind, to employ a well-known metaphor: both whirling because of the speed of everything, and windy due to the actual wind, which has blessedly cooled us on occasion, most especially today. As verified by the locals, July and August are windy months, while earlier months tend to be stiller.

Today began as normal, with breakfast of a kind of wheetos equivalent or cornflakes, and toast with jam (pineapple jam for Fritzy, his favourite), marmalade or Nutella, according to one’s taste. The bananas, as Miss Ashman noted, were a little undersized this morning, but we soldiered on with traditional Millhillian spirit.

The morning assembly routines have been a little haphazard of late, with a few technical difficulties resulting in a slightly staccato audio track, but it was nevertheless impressive again to witness the sincerity of their introductory music, the joy of the birthday songs, and the uplifting beat with which pupils are sent to their lessons. It really is an occasion which pulls the school together every morning, typically in sunshine, always instilling a sense of propriety and happiness.

Today the pupils were anticipating the final few lessons with their classes. All of the girls, and a few of the boys, had brought presents along to give their pupils, with boxes of sweets and plastic toys having been bought the previous evening. It has been especially touching to witness the beautiful props some of the pupils have used to embellish their lessons.

Music practice has been inspirationally led by Tal this year, and Tal, Hugo, Freddie and James D have formed a fearsome quartet and will perform a few numbers this coming Monday. This afternoon we all practiced our English and Tamil unison song, and pleasingly gained approval from the local music teacher.

The evening was spent watching the Sri Jayendrans take on other schools in a basketball tournament. The quality of play was very high indeed to our untrained eyes, and Mrs Sanchez was modestly pleased in her role as guest of honour, which meant a first row seat and a chance to demonstrate her formidable oratory skills once more in a congratulatory speech: another one to put on the CV!

Then on to an evening dinner with Usha, the headmistress of Sri Jayendra. She has built the school up from practically nothing over the last 20 years, so it is was an honour to be at her home, and a reminder of what the will can achieve with perseverance and ambition. Moreover, she has seemingly managed her feat with little apart from warmth, generosity and grace, and so the evening flowed as one might expect from such a host. We were also pleased to welcome the company of Paul Bickerdike, an old MillHillian teacher who now resides here and regaled us with numerous tales of yesteryear: our cup runneth over!

Another quality day of Millhillian travails in southern India. Spirits remain high as we embark to the coast this weekend, where we will be excited to combine a trip to the southern tip of the country with some guttural patriotic cries of encouragement for our national team in another late night show- spurred on by Kevin Kyle’s OM rendition of Three Lions, already a hit on YouTube. Come on England!!