History of the School

Mill Hill School, which had been established in 1807, started discussions about opening a Junior House around 1910, and in September 1912 Belmont Junior House became a reality.

When Belmont opened, there was just one student: Harold Pearse Soundy. By the Summer Term 1913, twelve boys were attending the school.

The idea for Belmont was that of a dedicated man, Arthur James Rooker Roberts. He became the first Headmaster of Belmont.

Arthur Roberts, an ex Mill Hill student himself, read Modern History at Jesus College Cambridge before returning to Mill Hill as a Master. His joint passions for photography and ornithology started early on and he published his first book ‘The Bird Book’ in 1903. Arthur James Rooker Roberts dedicated almost his entire life to the school. He was a compassionate man with boundless energy and limitless vision, respected and adored by all his students.

It was agreed, with Arthur Rooker Roberts, that the ‘supreme control would lie with the Governors of Mill Hill School’. Mr Roberts was to have authority to appoint and dismiss Masters, to make arrangements with parents and to have direct access to the Governors.

A wide variety of academic and sporting choices were available from the first days. Children were encouraged to stretch themselves academically and explore wider opportunities. The school has always been known for its family atmosphere. In our archives there are many testimonials describing the loving, caring atmosphere at the school. ‘A true sense of belonging and encouragement on a consistent basis.’
Belmont has always had a reputation for attracting children from all denominations and nationalities. Historically known for its inclusive ethos, students feel at home and respected. Many of our alumni stay in touch through the thriving Old Belmontian Association.

Belmont, now called Belmont Mill Hill Preparatory School, has gone from strength to strength. It maintains its original ethos of educating the ‘whole child’, with encouragement and support on every level. A decision to integrate girls into the school was made in 1995; Belmont has since flourished as a co-educational day school. We are proud to maintain our ‘family’ atmosphere, where all our staff take a passionate interest in educating children as individuals. Ours is a truly special school with a unique history. 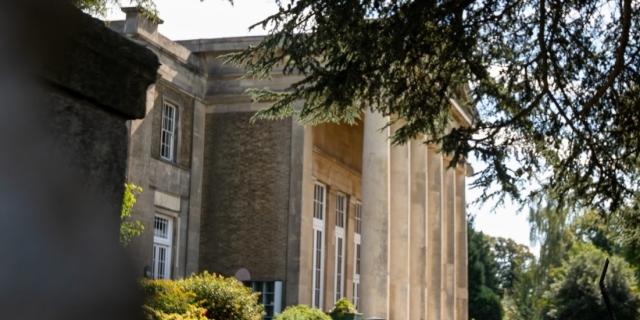 To read about the History of Mill Hill School, click here.