The Modern Foreign Languages department is whole-heartedly committed to the communicative approach to the teaching and learning of languages. Foreign languages play an increasingly important part in modern life and children are naturally receptive to language learning.

We equip our pupils with the skills they need to communicate with people in French and Spanish-speaking countries.

We also believe that the learning of a modern foreign language should be an enjoyable, stimulating and rewarding experience that makes a valuable contribution towards our pupils’ general education and their personal sense of achievement.

We believe that languages are best taught in the target language since it is only way pupils may acquire greater fluency, but recognise that pupils also sometimes need some explanation in English in order for them to feel confident about their learning.

At Belmont, we encourage the use of French and Spanish for both classroom management and communication and emphasise ‘real’ language that is presented and practised through relevant, authentic and useful activities. We give our pupils an awareness of the nature of language, how it works and the important function it has in the world around them. We also offer our pupils insights into and encourage an interest in the culture and civilisation of French and Spanish-speaking countries.

Pupils in Year 6 have the opportunity to write to pupils in a French school. In Year 7 and 8 our pupils can also make lifelong friends and experience the French way of life and culture by spending a week in Rouen with a French family during the school’s longstanding French Exchange. In 2019, ran our first Spanish trip to Andalucía for Years 7 and 8.

We also seek to contribute to the general education of each pupil. Therefore we aim to: 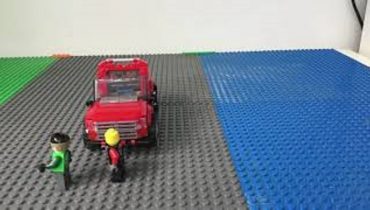